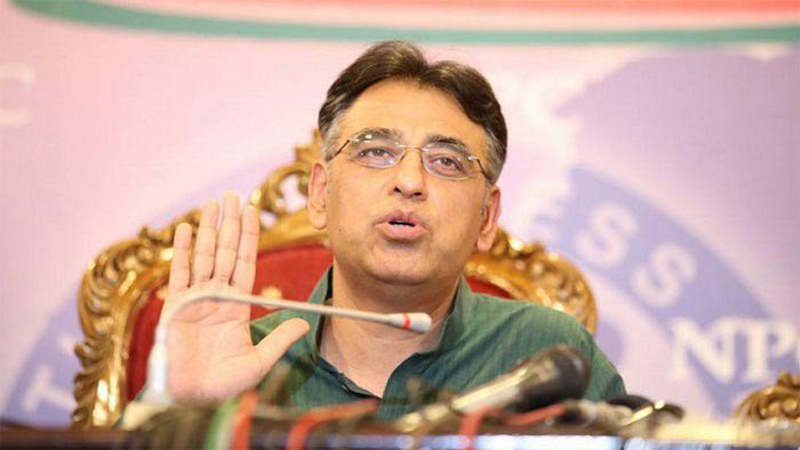 The head of the National Command and Operation Center, Asad Umar said on Tuesday that Pakistan’s vaccination mark crossed 150,000 yesterday for the first time.

The Planning and Development Minister tweeted that around 164,000 people received their vaccination on Monday.

“Yesterday was the first day that people aged 40 and over were vaccinated.” he further added.

In a media briefing, Dr Faisal said that due to the agreement on technology transfer, the National Institute of Health (NIH) will be able to produce three million doses per month which will significantly reduce the country’s dependence on other countries.

He said that China was a strong partner and had gone out of its way in keeping up a supply chain and transferring technology to Pakistan.

The national tally of total active Covid-19 cases was recorded 87,953 as 4,213 more people tested positive for the deadly virus across country on Monday.

Seventy-nine patients died on Monday, bringing the single-day death toll to below hundred first time since April 25. Of 79 deaths, 73 were under treatment in hospitals and six in their respective quarantines or homes, according to the latest update issued by the National Command and Operation Centre (NCOC). Most of the deaths occurred in Khyber Pakhtunkhwa, followed by Punjab. Out of the total 79 deaths, 24 were under treatment on ventilators.