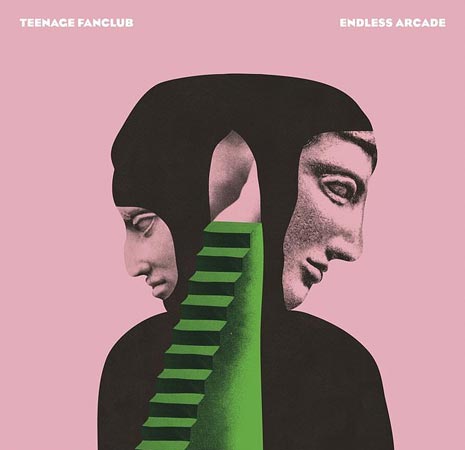 It´s a lot to ask of a band to stay on the cutting edge for decades. Teenage Fanclub spent time there in the early 1990s, honing a signature sound that married lush vocal harmonies influenced by the Beach Boys and the Byrds with innovative, melody-driven guitar playing almost certainly born under the mesmerizing but sometimes overlooked spell of Big Star. Now, 30 years on, Teenage Fanclub has hearkened back to that sweet spot once again with “Endless Arcade.” Not as bouncy or fresh as “Here,” the band’s 2016 release, and certainly not as hungry as almost anything from the Scotsmen’s glory days, the new album still has moments of real beauty. Most of that happens on the musical side of things. The lyrics are more mature but sometimes veer toward the insipid, especially when considered on their own. “In Our Dreams,” for example, begins with: “I look out across the skies, the world goes ´round/I look out into your eyes, the world goes ´round/´Round, ´round and ´round.” Nothing groundbreaking there. Certainly nothing close to the glorious lyrical urgency of songs like “Ain’t That Enough” from the band’s heyday.