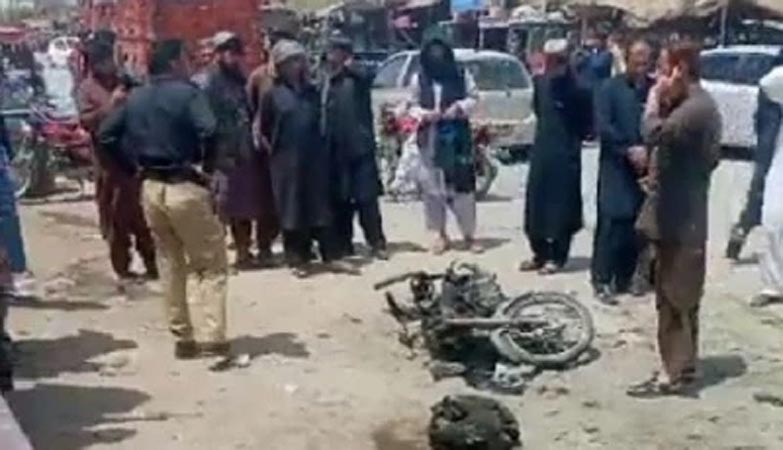 A police official was killed in a blast targeting a police vehicle in Balochistan’s Qilla Abdullah district on Wednesday.

A remote-controlled bomb planted to a motorcycle in main market of Qilla Abdullah exploded as a police mobile van was passing by it. At least three other people, including a police official, were injured in the bomb attack.

Police and Levies personnel rushed to the scene of the incident as the powerful explosion rocked the area. Law enforcement initiated an investigation and gathered evidence from the site of the attack. The bodies and the injured were moved to a nearby hospital. The incident comes as Prime Minister Imran Khan visited Quetta on Wednesday where he inaugurated various development projects and held a meeting with the Pakistan Tehreek-e-Insaf’s (PTI) provincial leadership.

A week ago, the prime minister had pledged not to allow the scourge of terrorism to rise again, a day after five people were killed and a dozen others injured in a suicide blast at Serena Hotel in Quetta. In a tweet, the prime minister had said that he was deeply saddened by the loss of innocent lives in the condemnable and cowardly terrorist attack. Pakistan has seen a consistent drop in terrorist violence since 2014 when the government mounted a massive operation – Zarb-e-Azb – to cleanse the terrorists-infested regions along the border with Afghanistan. Zarb-e-Azb was followed by Operation Radd-ul-Fasaad in 2017 to eliminate the residual threat of terrorism by disarming and eliminating the terrorist sleeper cells in the country’s urban centres.