Even in his home town, Germans uninspired by ‘try hard’ Laschet 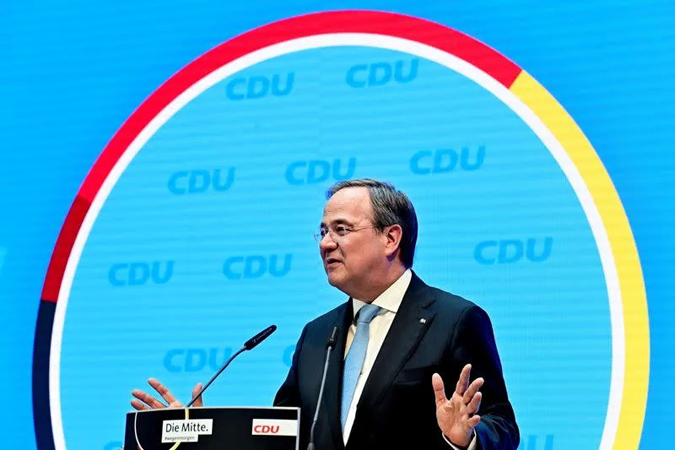 He’s premier of Germany’s most populous state and chairman of its biggest party, but across the country and even in his home town Armin Laschet is struggling to convince voters he is the man to succeed Angela Merkel as chancellor.

After a week-long feud, Germany’s conservatives on Tuesday opted to back Laschet, a cautious centrist, instead of his more popular Bavarian rival, Markus Soeder, as their candidate to succeed Merkel in a September national election.

In Laschet’s home town of Aachen, near the Belgian and Dutch borders in Germany’s far west, voters appeared uninspired by the possibility of their man becoming chancellor.

Herbert Quaken, speaking near to Aachen Cathedral, where German kings were traditionally crowned, said: “As an Aachener, one naturally stands by Mr. Laschet. But on the other hand, he always has bad opinion poll ratings.”

Shortly after Tuesday’s decision by conservative grandees to back the 60-year-old Laschet, a new poll showed the ecologist Greens had jumped 5 points to 28%, overtaking the conservatives who slumped 7 points to 21%.

The Forsa poll of 3,505 voters for broadcasters RTL/ntv was conducted largely before the conservative candidacy was settled and another survey, by pollster INSA, also released on Tuesday put the conservatives on 27%, ahead of the Greens on 22%.

But many voters clearly feel the public tussle between Laschet and Soeder did little to help the conservative bloc, dubbed the ‘Union’, which has already been hurt by the government’s messy handling of the Covid-19 pandemic.

“The Union has not done itself any favours with this,” Elisabeth Heinen said in Aachen. “And maybe others have an advantage from it. I wouldn’t find that bad.”

Many in the Union of Laschet’s Christian Democrats (CDU) and Soeder’s Bavarian CSU are nervous about their chances of holding onto power in September without Merkel, who has led them to four consecutive victories but is stepping down after the election. The conservatives’ public power struggle was in stark contrast to the ecologist Greens, who, with no wrangling, named their co-leader Annalena Baerbock on Monday as their first candidate for chancellor in the party’s 40-year history.

Laschet’s biggest selling point is his experience as leader of North Rhine-Westphalia, where he has ruled since 2017 with the liberal Free Democrats, the preferred coalition partner at federal level for the CDU/CSU alliance.