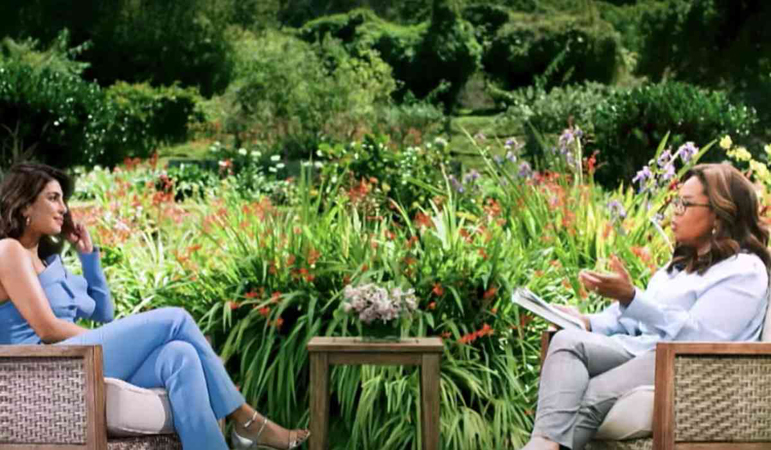 As Priyanka Chopra and Kabir Bedi sat down for a tete-a-tete as she launched his memoirs Stories I Must Tell via video conferencing, the discussion veered around what it takes to make it big in Hollywood if you are an Indian actor.

Sharing his insights about attempting to break in back in the 80s, Kabir said in the conversation, “I had stardom in Europe behind me as I was a rage across the continent. I came to Hollywood as a newcomer, I thought they’d be impressed by that. But they didn’t care that I lived in a house in Beverly Hills or bought myself a Mercedes.” He went on to say that he had the best PR representatives and agencies working for him but nothing made a dent.

“The problem was that in those days, Hollywood just wasn’t writing roles for Indians or Asians, so how do you get a role of it is not written for you? I’d protest in trade papers, that it is wrong. When they did have a role for an Asian, they didn’t have a hesitation painting a white actor brown and giving him the role. So, this was the other problem,” he told Priyanka.

Kabir said he then decided to work in any role that was ‘foreign looking’ to people in Hollywood. ‘In the James Bond film, I was actually cast as an Indian, but in Ashanti with Micheal Kane, I played a Tuareg tribesmen’

Kabir said he then decided to work in any role that was ‘foreign looking’ to people in Hollywood. “In the James Bond film, I was actually cast as an Indian, but in Ashanti with Micheal Kane, I played a Tuareg tribesmen. In Bold and the Beautiful, I played a Moroccan prince, so it is playing the foreign tag that got me the roles. In those days, Krishna Bhanji had to change his name to Ben Kingsley to get roles. Today a Priyanka Chopra does not have to change her name to have success in America.”

Priyanka, however, said that she had to do “ethnically ambiguous” roles to start with. “While I didn’t have to change my name, but I had to teach people how to say my name, if you can say Oprah, you can say Chopra. I had to be ethnically ambiguous to a certain extent to be able to get mainstream roles. Even Quantico, for that matter, I played a half Indian-half American. I couldn’t step out there being Indian because it was too alien for Hollywood.” She said that while she got the attention playing an ethnically ambiguous role, now she is getting a chance to play Indian characters, like in The White Tiger or the film with Mindy Kaling.