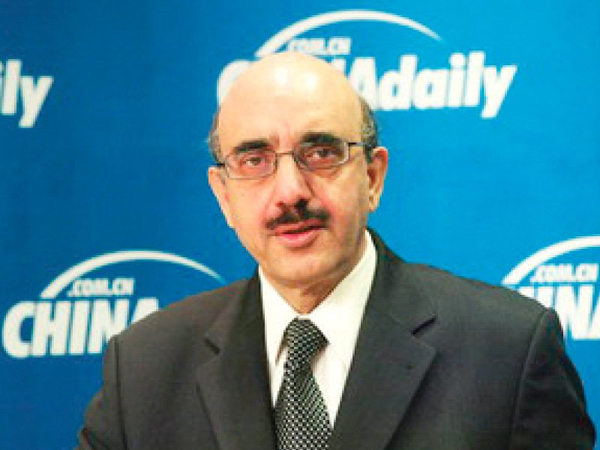 Azad Jammu and Kashmir President Sardar Masood Khan has said that Kashmiris want to resolve the Kashmir dispute with India through dialogue but the story of bilateral talks with India is very bitter and disappointing.

“Kashmir is not a bilateral dispute – rather it is an international issue, which can only be resolved through peaceful and diplomatic means,” he said in an interview with an Urdu national daily.

The president said that India continues to use the guise of bilateral dialogue to maintain the status quo, exclude the people of Kashmir and the UN from diplomatic processes in the past.

Describing the Kashmir dispute as a core issue between India and Pakistan, Sardar Masood said that no lasting peace and durable relations can be established with India without addressing this central issue.

“No detente between India and Pakistan feasible, workable without addressing the core issue of Jammu and Kashmir. That’s what history has taught”, he emphasised.

President Khan said that after the abolition of limited autonomy of occupied Kashmir by the Indian government on August 05, 2019, the political representation of the people of various units of Kashmir such as Jammu, Ladakh and Kashmir Valley has been greatly reduced.

He said that UN rapporteurs very clearly mentioned that the native groups such as Kashmiri, Dogri, Gojri, Pahari, Sikh, Ladakhi, and other minorities faced reduced levels of political representation and participation due to the “abolishment of the regional government and its power to legislate.”

He said that unless India withdraws the steps taken in Occupied Jammu and Kashmir on and after August 5, 2019, talks with Delhi would not affect the ground situation in IOJK as the suffering and difficulties of Kashmiris are not likely to decrease.

“India is trying to reduce the occupied state of Jammu and Kashmir to a political nonentity, reinforce religious and colonial othering of its people and finally strip off their defences. Well, Kashmiris will never cease defending themselves,” he further said.

Making new domicile and citizenship laws introduced by the India’s BJP government in IIOJK, as the target of his scathing criticism, the Azad Kashmir president said that the new laws would certainly cause demographic changes and would undermine the linguistic and cultural rights of the people of the region.

“New laws are colonial-occupational laws designed to displace, dispossess and disenfranchise Kashmiris. UN Rapporteurs’ criticism, though welcome, is feeble. What is happening in occupied territory is settler-colonialism,” he further said.