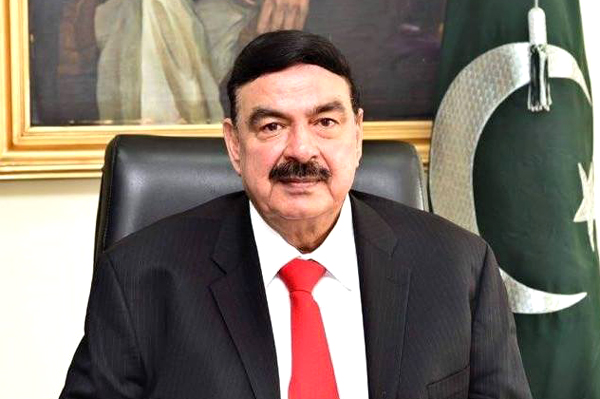 Responding to a question, the minister ruled out talks with the banned Tehreek-e-Labbaik Pakistan. “No negotiation process is underway with the TLP,” said the minister.

“The situation is a bit tense at Yateem Khana Chowk in Lahore where the Jamia Masjid Rahmatul Lil Alameen is located,” he said. “Currently, all roads including the GT Road and the Murree Expressway are open [for traffic],” he further said.

The minister said the GT Road and all main arteries of the country will remain open on Tuesday (April 20). The minister was referencing the date as the banned outfit had planned a protest on April 20 over the alleged non-fulfilment of their demands.

Speaking about the proscribed organisation, Rasheed said when an outfit is banned, the bank accounts and passports of its members are frozen by the government.

He spoke about PTI leader Jahangir Tareen, saying that he is sure the sugar baron would not deflect from the PTI to any other political party.