Bilawal asks its members to resign from all PDM positions 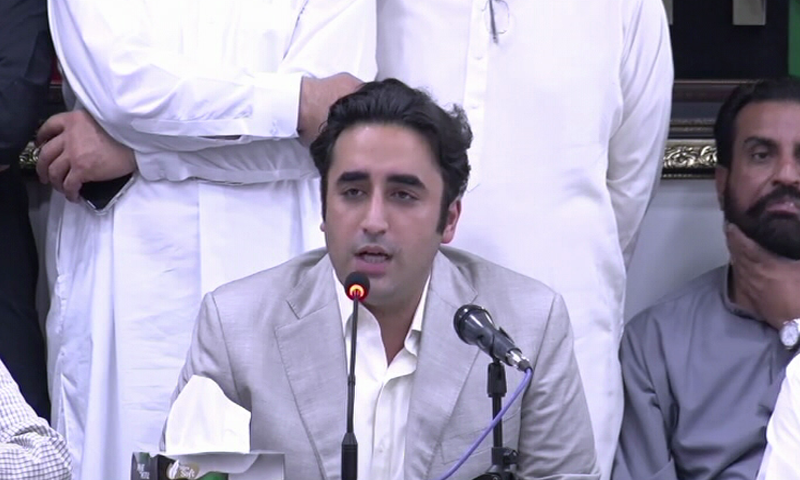 During the press conference after the conclusion of the crucial CEC meeting on Monday, PPP chairperson Bilawal Bhutto-Zardari said no party “should try and impose their will and dictation on any other political party”.

Making the declaration at a question and answer session after the finish of the vital CEC meeting on Monday, PPP executive Bilawal Bhutto-Zardari said “no part should try and impose their will and dictation on any other political party”.

Bilawal also demanded to tender an unconditional apology before PPP and Awami National Party (ANP) for issuing show-cause notices. He said “directed all its office-bearers in the PDM to submit their resignations from these offices with immediate effect in protest of the attitude, conduct and actions of other office-bearers of the PDM”.

He firmly condemned PDM to receive an activity plan against the vote based standards. He rebuked Pakistan Muslim League Nawaz without naming it, saying that no show-cause notice was given when five seats were given to Pakistan Tehreek-e-Insaf (PTI) in Punjab.

In Gilgit-Baltistan (GB), an attempt was made to seize the right of PPP’s opposition leader by PML-N. He said that PPP resists the politics of opposition versus opposition and the political strategies of the opposition should be designed on the basis of equality.
“We are standing side by side with the ANP and we will take decisions after consultations. PPP is a political party and we respect all opposition parties as well.”