* Massive 3,500-year-old settlement founded by Tutankhamun's grandfather is unearthed in most significant discovery since the boy king's tomb 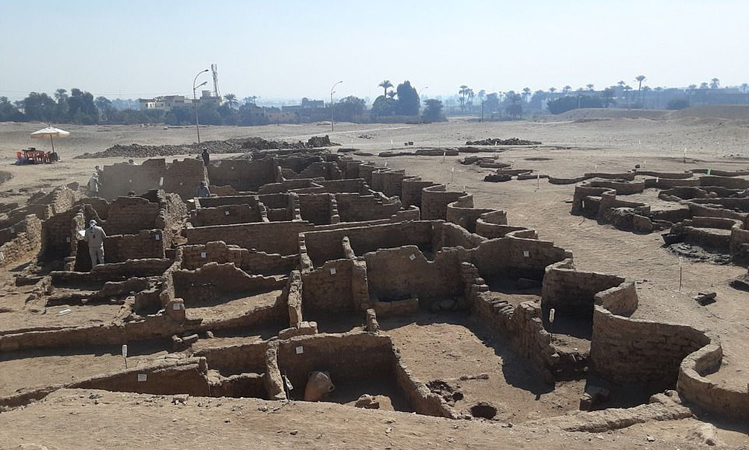 Archaeologists announced the discovery of a 3,500-year-old ‘lost golden city’ that was built by King Tutankhamun’s grandfather and may be the most significant find since the boy-pharaoh’s lavish tomb was unearthed nearly a century ago.

The ancient pharaonic city, known as Aten, was constructed by King Amenhotep III, who ruled around 1390 BC, and was later used by King Tutankhamun.

The settlement, discovered in Luxor, is the largest ancient city to be discovered in Egypt and is complete with neighbourhoods, streets and a security system.

Excavations uncovered bakeries, workshops and burials of animals and humans, along with jewellery, pots and mud bricks bearing seals of Amenhotep III.

The team initially set out to discover Tutankhamun’s Mortuary Temple, where the young king was mummified and received status rites, but they stumbled upon something far greater.

Within just weeks of digging, they uncovered ‘mud brick formations in every direction,’ Egyptian mission directed Zahi Hawass said in a statement.

‘Many foreign missions searched for this city and never found it,’ Hawass continued.

‘The city’s streets are flanked by houses … some of their walls are up to three meters high,’ Hawass said.

Luxor is famously known for its oldest and most ancient Egyptian sites, along with being home to the Valley of Kings.

This area was once called the ‘Great Necropolis of Millions of Years of Pharaoh,’ as a number of mummies and massive structures have been discovered in Luxor since the 1800s.

Betsy Brian, Professor of Egyptology at John Hopkins University in Baltimore USA, said ‘The discovery of this lost city is the second most important archaeological discovery since the tomb of Tutankhamun’.

‘The discovery of the Lost City, not only will give us a rare glimpse into the life of the Ancient Egyptians at the time where the Empire was at his wealthiest but will help us shed light on one of history’s greatest mystery: why did Akhenaten & Nefertiti decide to move to Amarna.’

Excavations began September 2020 and within weeks, archaeologists uncovered formations made of mud bricks.

After more digging, archaeologists unearthed the site of the large, well-preserved city with almost complete walls, and rooms filled with tools once used by the city’s inhabitants.

The first goal of the mission was to date the settlement, which was done using hieroglyphic inscriptions found on clay caps of wine vessels.

‘Historical references tell us the settlement consisted of three royal palaces of King Amenhotep III, as well as the Empire’s administrative and industrial centre,’ archaeologists shared in a statement.

Most of the sandy landscape was cleared from the area in just seven months, which showed neighbourhoods with different facilities.

There was a bakery in the southern part of the city, with a kitchen complete with ovens and storage pottery.

‘From its size, we can state the kitchen was catering a very large number of workers and employees,’ archaeologists explained.

The team is still working on a second part of Aten and although partially covered, they believe it is the administrative and residential district, with larger and well-arranged units.

This area is surrounded by a zigzag wall and has only a single access point that leads to internal corridors and residential areas.

‘The single entrance makes us think it was some sort of security, with the ability to control entry and exit to enclosed areas, researchers shared.

‘Zigzag walls are one of the rare architectural elements in ancient Egyptian architecture, mainly used towards the end of the 18th Dynasty.’

The third area appears to be workshops were located that constructed the mud bricks used to build the massive city.

A number of bricks still litter the landscape that bear seals of King Amenhotep III and others with inscriptions that can be read: ‘gm pa Aton’ that can be translated as ‘The domain of the dazzling Aten’, this is the name of a temple built by King Akhenaten at Karnak, who was King Tutankhamun’s father.

In this part of the site, experts also uncovered large casting moulds for making amulets and delicate, decorative objects.

‘This is further evidence of the extensive activity in the city to produce decorations for both temples and tombs,’ archaeologists said.

‘All over the excavated areas, the mission has found many tools used in some sort of industrial activity like spinning and weaving.

‘Metal and glass-making slag has also been unearthed, but the main area of such activity has yet to be discovered.’

Along with structural elements, there are also burials found inside the city’s walls.

Two animal burials were unearthed of either a cow or bull, along with remains of a person found with their arms stretched to the side and tattered rope wrapped around their knees.

‘As history goes, one year after this pot was made, the city was abandoned and the capital relocated to Amarna. But was it? And why? And was the city repopulated again when Tutankhamun returned to Thebes,’ said the team in a statement.

‘Only further excavations of the area will reveal what truly happened 3500 years ago.

To the north of the settlement a large cemetery was uncovered, the extent of which has yet to be determined.’

Tutankhamun’s successor, King Ay, built his temple on a site which was later adjoined on its southern side by Rameses III’s temple at Medinet Habu.

Egyptologists believe Ay’s temple may formerly have belonged to Tutankhamun as two colossal statues of the young king were found there. The northern part of the temple is still under the sands.

Amenhotep III inherited an empire that stretched from the Euphrates to Sudan, archaeologists say, and died around 1354 BC.

He ruled for nearly four decades, a reign known for its opulence and the grandeur of its monuments, including the Colossi of Memnon — two massive stone statues near Luxor that represent him and his wife.

‘The archaeological layers have laid untouched for thousands of years, left by the ancient residents as if it were yesterday,’ the team’s statement said.

Bryan said the city ‘will give us a rare glimpse into the life of the Ancient Egyptians at the time where the Empire was at his wealthiest’.

The team said they were optimistic that further important finds would be revealed, noting they had discovered groups of tombs reached through ‘stairs carved into the rock’, a similar construction to those found in the Valley of the Kings.

‘The mission expects to uncover untouched tombs filled with treasures,’ the statement added. 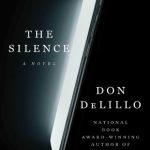 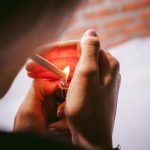 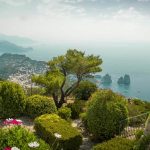 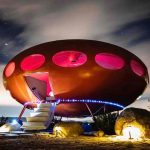 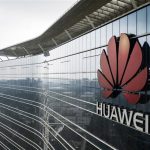 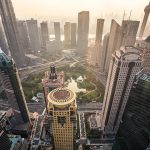 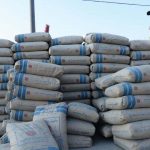