* A Pale View Of Hills is his first novel which was launched in 1982 by Fabers & Fabers and with a gap of all but four years, he spawned another novel, to wit An Artist Of The Floating World 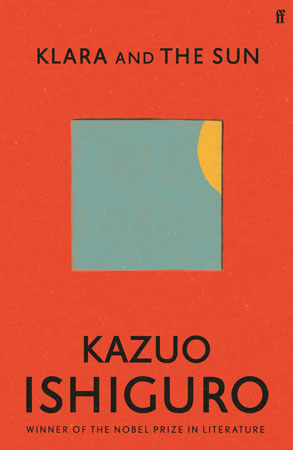 Kazuo Ishiguro, Japanese-born British novelist, was born on November 8, 1954, in Nagasaki Japan but left for England six years later in 1960 when his father along with entire nuclear family immigrated.

Even so, these four years of Japanese ethos had had deep bearing on Ishiguro as his first two novels also revolve around the fading memories he inherited.

A pale view of hills is his first novel which was launched in 1982 by Fabers & Fabers and with a gap of all but four years he spawned another novel, to wit an artist of a floating world in 1986. And then came in 1989 the one which rose him to prominence and made him a world-acclaimed novelist and also bagged him the prestigious prize: the Booker prize; the novel was of course, The remains of the day. In 1995 he published a novel which was dreadfully vilified in literary circles: the novel was The unconsoled – my favourite. And then in 2000 came When we were Orphans which floored those exacting circles and was tremendously lavished with admiration. In 2005 he surfaced a novel which was deemed as the saddest novel ever written by him – the novel was Never let me Go. Meanwhile of his sixth and the last novel; The buried Giant which was published in 2015: he wrote a collection of short-stories, viz. Nocturnes: five stories of music and nightfall. He has so far penned seven novels and a collection of short-stories.

His latest novel, Klara & The Sun, was published on second march this year. Novel is centred upon artificial intelligence which has taken humanity by storm. Moreover, it is about “Klara and an artificial friend with outstanding observational qualities, who watches carefully the behaviour of those who come in to browse and of those who pass in the street outside. She remains hopeful a customer will soon choose her, but when the possibility emerges that her circumstances may change for ever, Klara is warned not to invest too much in the promises of human.”

His latest novel Klara & The Sun, was published on March 2 this year. The novel is centred upon artificial intelligence which has taken humanity by storm. Moreover, it is about ‘Klara and an artificial friend with outstanding observational qualities, who watches carefully the behaviour of those who come in to browse and of those who pass in the street outside’

In the similar fashion, Kazuo Ishiguro “in Klara & The Sun looks at our rapidly changing modern world through the eyes of an unforgettable narrator to explore a fundamental question: what does it mean to love?

Anne Enright writes the review of Klara and the sun in The Guardian, ” Klara and the Sun asks readers to love a robot and, the funny thing is, we do. This is a novel not just about a machine but narrated by a machine, though the word is not used about her until late in the book when it is wielded by a stranger as an insult.

“The themes of replication and authenticity are similar to those in Kazuo Ishiguro’s Never Let Me Go, published in 2005. Both novels are set in a speculative future that feels quite like the present. Both also contain a secret moral shift: an advance in technology that has changed people’s sense of what it is to be human, and the emotional punch of Klara, as with Never Let Me Go, comes from the fact that the central character doesn’t know what is going on.”

Kazuo Ishiguro writes in memories of broken people who quite late in their lives, out of blue, come to know that – perhaps they have wasted their lives with wrong values. Or they could have lived their lives more buoyantly; if they had allowed themselves to figure out things slightly differently. But owing to values that they have set for themselves despoiled them of lives more cheerful and vivacious. All his novels and short- stories are in first person singular. In an interview he says this way of writing is more freer and richer as well as allows you to unsolicitedly barge into the minds of characters to narrate the free associations of their thoughts.

Molly Sprayregen writes in AP news, ” “Ishiguro’s prose is soft and quiet. It feels like the perfect book to curl up with on a Sunday afternoon. He allows the story to unfold slowly and organically, revealing enough on every page to continue piquing the reader’s curiosity.” Indeed this remark is truly justified as his prose is dulcet and facile equally.

He won Nobel Prize for literature in 2017. The Swedish academy said it gave this award to Kazuo Ishiguro for his “novels of great emotional force” that have “uncovered the abyss beneath our illusory sense of connection with the world.”

The delicacy and redolent perfection that inheres in Kazuo Ishiguro’s prose is with no parallels – at least in annals of recent writers. There comes a time when a mediocrity also surfaces such morose events that just rip entire structures. It has now become a platitude to maintain that only acclaimed writers retain the ability to jot down the best of things and a less privileged person is destitute of all flairs associated to those big writers. I dare that!

But at the same time, I don’t have well-established rebuttals to mince words and provide enough revealing remarks to adduce my abrasive attack on that platitude. However, Ishiguro is a novelist, in whose oeuvres, an entire microcosm of a miscellaneous collection of human emotion could be traced, and that because the affairs he prefers to pick are dreadfully emotional and deeply entwined in webs of human sensitivities. It is not so that each howl of grief or every grudge against life is distinctly rendered expression but rather it is more so: such as an across the board type representation of whatsoever tingles or conjures up decade-long memories of bereavements. Besides, writers belonging to such geographies wherein there was headlong ramifications of colossal damages brought about by world-wars and other colonial clamp downs are more prone to write historical narratives encompassing ethos of an era putatively imbued with dark influences of rulers with in and out – such as Sub-continent and Japan. Even so, the point I’m trying to make is: it really is not as much necessary to write stringently about historical events as uncritically made so.

There are some other options; like a novelist can examine in-depth the epoch and re-purpose from the material gotten and produce something entirely different induced by imagination and other-worldly.

What stands you out from the lot is how discretely you make your point. And that is what magnificent writers have done. What makes Hemingway outlandish is his intrinsic connectivity with life – he is involved with life. In his corpus there are people of everydayness – mundane mediocrities. There is honesty of fishermen. And valour of rank and file as well as fighters. As once Imtiaz Ali, a famed movie director, retorted: he said what appeals to me of Hemingway is his propensity towards disadvantaged portion of society. He revitalises those glum auras permeating their – the trampled, the poor -settlements, where they live and drive ahead to breathe and eke out.

Nonetheless, there also are many other writers whose outlandishness lie in obdurate imaginations which retain no apparent tinctures of everydayness. That means their penchant is for stories inhering in ranges of imagination in toto. This portrays the kernel point of being a novelist: that everything is fair in regurgitating a story that has been piecemeal imbibed in you by a array of life junctures and several other momentous phenomenon.

Moreover, restraining a writer and selling him devices which he is not willing to buy is tantamount to strangling the fount whereby inspirations come – the mind. As of this point, there is a certain amount of given liberty to jot what impresses a novelist deeply to encourage ideas to come out into the realm of paper and pioneer. Fanciful vignettes with a vacuous diction show – at least for me as I understand so – the obtuseness of a novelist who drags his feet and for the sake of story keeps writing illegible materials on and on. Most original and staggering thing which separates a novelist is the honesty – if he is fortunate enough to retain it. And I find, more so than in any other novelist, that original and staggering honesty, in Kazuo Ishiguro through and through. This because the way he begins a story and the way it burgeons makes me think him someone high – like when one witnesses the early formation of a patch of cloud overcasting the sky and thinks of that cloud in very decent terms for the cloud is going to make everything look stunningly glaring by and by. This is the way I think about Ishiguro. Besides, his gesticulations; the way he brings in motion his hands while making a point in an interview numbs my mind by far and I start to, quite naturally, giving him all the virtual standing ovations while sitting on a chair. Again honesty.

Initially, when somebody enquired me about who is your favourite writer I was caught off guards for I never literally extrapolated anything like that. For me, a writer was just a writer with no serious significance. There was also a period when I only deemed writers as dead. But incrementally I infused piles of books and made my way more clear and layered.

The reason why I consider Ishiguro the most original novelist of this century for I find no other as much overriding and prosaically simple as Ishiguro. One thing that merits mention of his is that he has no any flamboyant elements or subterfuges to employ and reap appreciation. The stories he sustains are stupefyingly impressing and that with zero amount of making things up to mince sentences and argue moot points. Everything he thinks comes – what after reading him overzealously I have cottoned on – into paper as is the way in his mind and that becomes clearly apparent in the precise milieu of fits that the prose actuate.

It is not so, as it might seem, the way I’m glorifying him – flattering to only prove my enthusiasm for his body of works. Rather, these appear to me justifiably relevant and well-deserved.