“We are going to remove the Karachi’s Commissioner”, CJP Gulzar Ahmed 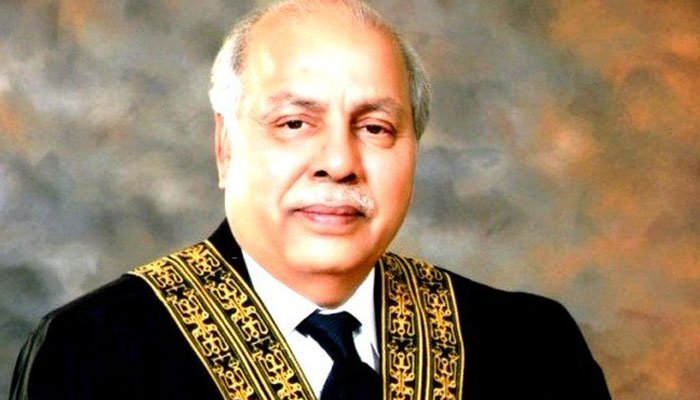 “You think we will take the deputy commissioner’s report seriously? What type of a report is this?” he asked the chief secretary on Karachi Registry case hearing. “It’s written everywhere that the report is awaited. Chief Secretary sahab remove such officers.”

The felony suggests for the Kidney Hill Park residents, Barrister Salahuddin, asked the Supreme Court to direct the builder to compensate them for promoting them encroachments.

“Our houses [on the land] have been built for the past 25 years and the maps for them were approved by the Sindh government,” he said.

To this, the CJP responded: “They’re not children. While buying houses, one is fully aware [regarding details of the land],” he said.

Karachi one of the largest cities of Pakistan is still in its worst condition. Karachi is the main reason of Pakistan development but its itself development is shallow. Karachi considered the center of the problems. Roads and flyovers, which can be of number one significance elsewhere, gift a dismal image with inside the metropolis.

The metropolis faces scarcity of water, negative drainage machine and dilapidated street infrastructure that fail to cater to the desires of its ever-developing population. Stray dogs are also biting people in the province but the government is not takin action on it, not even providing vaccines in the hospitals.

Chief Justice of Pakistan take action on these issues. A year ago, Supreme Court analyze the Sindh authorities over delay in eliminating infringements from the port city and coordinated common Chief Minister Murad Ali Shah to present an execution report to the court inside a month.

The Karachi Commissioner introduced a report identified with the YMCA Ground during the meeting, saying that all forthcoming work has been finished aside from the establishment of lights at the ground. On this the chief justice remarked

“If you are creating so many problems for us, imagine the number of problems you create for the people,” He also said “We are going to remove the Karachi Commissioner”

Karachi is in dire need of a modern system for the management of civic issues. The government should look into it and ditch its obsolete practices to expedite Karachi’s development.