Citizen’s elderly eighty and above to be vaccinated at home, says NCOC

We had started vaccinating senior citizens and now even over 65 years old are able to avail the walk-in vaccination facility, by Dr. Faisal Sultan, 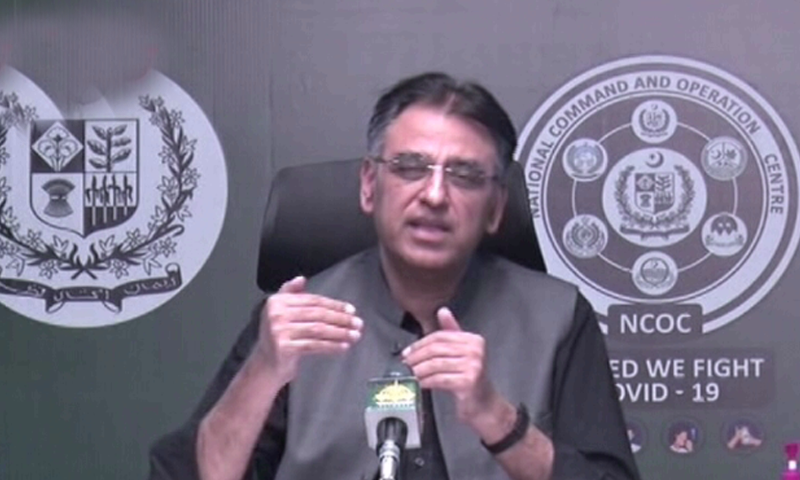 ISLAMABAD: The National Command and Operation Centre (NCOC) has determined to manage Covid-19 vaccines to resident elderly 80 years and above of their homes. The facility will commence in a few days.

On the other hand, the country reported 4,323 cases and 43 deaths in a single day. According to the NCOC records, 438 ventilators have been in use throughout the country even as the wide variety of lively cases stood at 61,450. As many as 4,328 sufferers have been admitted to hospitals. The records confirmed that 936,383 humans have been vaccinated until April 3, with 265,831 folks inoculated final week alone.

Meanwhile, an American newswire, Bloomberg, has claimed it would take a decade for Pakistan to inoculate 75 per cent of its population despite the fact that around one million people have already been vaccinated against the deadly virus.

Minister for Planning and Development Assad Umar, who chairs daily meetings of the NCOC, on Monday said aged 80 and above residents would be vaccinated in their homes.

Talking to a news channel, he said the decision was taken during the NCOC meeting, adding that the provinces had been urged to follow suit.

He said the step was being taken to facilitate senior citizens as it was difficult for old people to reach the vaccination centers and wait in queues. He said it would have become even more uncomfortable during summer.

Mr. Umar once again called on people to get themselves registered for vaccination.

Meanwhile, Special Assistant to the Prime Minister on Health Dr. Faisal Sultan, during a visit to the Tarlai vaccination center in Islamabad, said the center had been upgraded with the support of the World Health Organization and a special counter had also been established there to vaccinate differently-abled people.

“We have vaccinated over 900,000 people and will cross the figure of one million in a few days. We had started vaccinating senior citizens and now even over 65 years old are able to avail the walk-in vaccination facility. Gradually we will also introduce it for people of younger ages,” he said.

“People with heart issues ask whether they should go for the vaccination; the answer is they should as it is safe,” he added.

Talking about the third wave, Dr. Sultan said the new variant was prevalent in Punjab, Khyber Pakhtunkhwa and Islamabad.

“Wear masks and strictly adhere to the standard operating procedures to remain safe from the disease,” Dr Sultan said.

It is worth mentioning here that Dr. Faisal Sultan had announced that around 10 million Pakistanis, over the age of 18 years, were eligible for vaccination and around 75pc of them – 75 million – will be vaccinated by the end of the current year.

According to the study, Pakistan, Ukraine, Iran and Bangladesh will take 10 years to vaccinate 75pc of their population, the Philippine, five years; India, four years and Argentina will take three years.

The study further revealed that Turkey, Brazil, Germany, France, Spain and Italy would take a year and some countries including United Kingdom, United States, Israel and Chile less than one year to inoculate 75pc of their population.