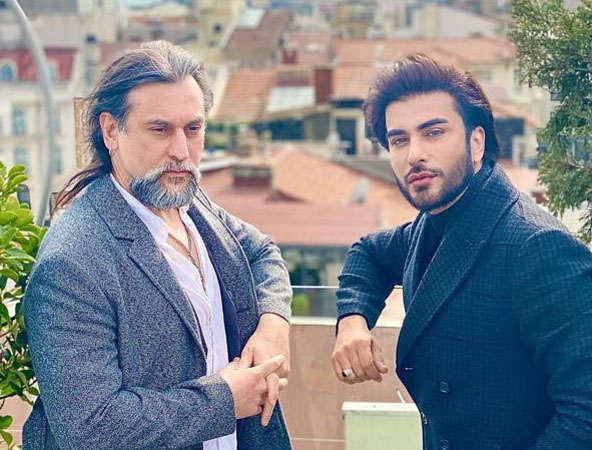 Pakistani actor Imran Abbas on Sunday shared a video of him talking to Turkish actor Sezgin Erdemir who played Sungurtekin Bey, the son of Suleman Shah in “Dirilis: Ertugrul”.

The video shared on Twitter shows Abbas talking to Sezgin with music playing in the background.

While he did not reveal the purpose of their meeting, the actor teased an upcoming project with the Turkish hunk.

“When the weather is just awesome and you have a lot to talk and share before “action”, he wrote.

The actor added, “Great bonding with you my dear @sezgin_erdemir”.

Sezgin Erdemir’s character is introduced in the second season of the historical TV series when he escapes from Mangols to reunite with his Kayi tribe.

The Turkish actor is also playing an important role in a latest TV series about Sultan Jalaluddin Khwarazmshah.