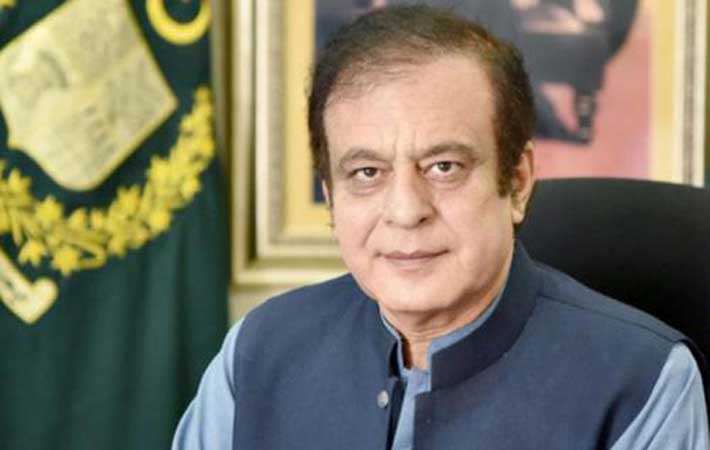 Federal Minister for Information Shibli Faraz on Friday decried remarks by Shaukat Tareen about the current state of economy in the country.

“In my view, his remarks are quite irresponsible. If he had any reservations, he should have spoken about those in the committee meetings,” the minister told a private TV channel. “When you are sitting outside, you have the luxury of commenting on everything and anything. But if you claim that you are part of the government’s advisory group, or if you are aspiring or planning to be the future finance minister of the country … and then you also put the condition that you will join only if NAB drops cases against you … I think these are quite unnecessary and irresponsible remarks which are far from ground reality,” he said.

To another question, Shibli said the Pakistan Democratic Movement’s unnatural alliance has almost reached its logical end, ‘therefore discussing them is merely a waste of time’. “The opposition parties have different agendas, amongst them Pakistan People’s Party (PPP) and Pakistan Muslim League-Nawaz (PML-N), the two leading parties, have parted their ways,” he said, adding that protecting personal interests of PML-N leadership is the central point of the party politics. “Its leadership has never stood with the people in difficult time,” he maintained.

Replying to a question, the minister said Maryam Nawaz is immature and she has arrogant attitude, adding that PPP and PML-N are exposing each other as they are habitual of it. Both the parties got registered cases against each other in the past, he said.

Shibli Faraz said PPP is doing serious politics and it has showed political maturity by negating PDM’s narrative as it believes in parliament and democracy. To another question, he said the present government has always respected the courts and their decisions as courts are independent in the country. He said the government strongly believes in supremacy of law and its objective is to ensure rule of law in the country.