Britain to ban entry from Pakistan, three other countries from April 9 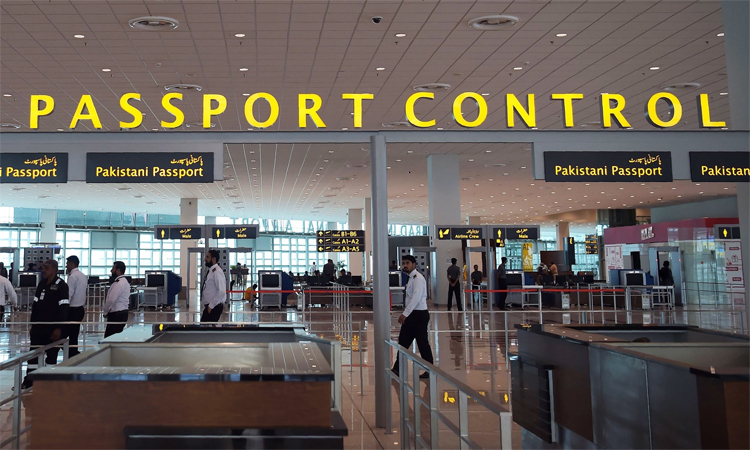 Britain said on Friday it would add Bangladesh, Kenya, Pakistan and the Philippines to its travel “red list”, banning entry to people arriving from those countries unless they are British or Irish nationals.

British High Commissioner Christian Turner made the announcement on Twitter.

Those who come to Britain from countries on the red list will be refused entry, while returning Britons must submit to 10 days of mandatory quarantine in hotels. In his message, Turner said that direct flights between Pakistan and the UK would continue to operate but schedules could change.

During their quarantine, people from red list countries will have to get tested for the coronavirus twice. However, a negative test result does not mean they will be allowed to shorten the time they stay under quarantine, according to the BBC.

From 4am on April 9, Pakistan, Kenya, the Philippines and Bangladesh will be put on the list, the government said, joining about three dozen other nations mainly in Africa, the Middle East and South America.

There have been calls for the inclusion of some European countries where Covid-19 cases have surged, but the government has said it currently has no plans to do so.

The UK has also banned its own citizens from travelling abroad for leisure.

The third wave of the coronavirus in Pakistan has been intensifying over the last few weeks with daily cases reaching levels last seen in June and July of 2020.

During the last 24 hours, the country reported 5,234 cases. This is the highest number of cases reported so far this year, and the highest since June 20, 2020, when 5,948 cases were recorded.

The total number of cases in the country is 678,165. Deaths have risen to 14,613 after 83 fatalities were reported during the last 24 hours. Government officials have blamed the UK variant of Covid-19 for the third wave, with Minister for Planning and Development Asad Umar saying there was “no doubt” that the third wave had started in the country and the spread of the UK variant was the reason behind it. “The phenomenon that is driving [the third wave] is the spread of the UK strain,” he said at the time.

Umar had said that when the government looked at districts where a higher number of cases were reported, it found that these were areas where a large population of Pakistanis residing in Britain lived.

Similar statements were made by the health ministers of Punjab and Sindh as well.

No European nations are on the British red list, even though much of Europe is witnessing a resurgence of the virus that has prompted many countries to reimpose lockdown restrictions. Health experts say the surge is being driven by virus variants, including the one first identified in Britain, that are sweeping the continent. The World Health Organization on Thursday bemoaned the slow pace of vaccinations in European nations other than Britain, saying they were losing the race to protect their people.

Prime Minister Boris Johnson’s Conservative government has faced questions in recent days as to why France, which is suffering one of the worst outbreaks in Europe, is not on the list. Yet putting France on the red list could have serious implications for trade flows in and out of the U.K., given its reliance on traffic from cross-Channel ports.

The U.K. transport department said the majority of cases of the South African variant detected in England so far were linked to international travel and that very few are thought to have come from Europe.

The U.K. has seen new coronavirus infections and deaths fall sharply since the winter amid a strict 3-month lockdown and a rapid rollout of coronavirus vaccines. The U.K. has now given a first vaccine shot to over 31 million people, or around 46% of its population, a much higher rate than the rest of Europe.