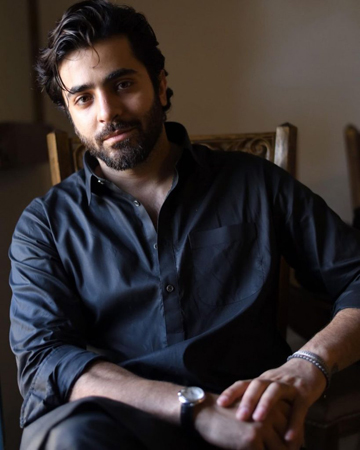 Actors Sheheryar Munawar and Humaima Malick are all set to share the screen in Sakina Samo’s upcoming film.

“And here is our leading lady,” said Sakina Samo after posting a photo of Humaima on her Instagram account. “I’m humbled and proud to be directing a story set in interior Sindh.”

The film is a love story inspired by true events. Sakina first posted a photo of herself with Sheheryar and Asad Siddiqui, confirming their roles. She left followers anticipating the female lead, who was announced shortly after. The title has yet to be revealed.

“It’s a script that I have been mulling over for decades,” she said. “Finally, I’ve put pen to paper.”

Sakina’s directorial debut Intezar was chosen for premiere at the Harlem International Film Festival in New York in September 2020. It starred Samina Ahmed, Khalid Ahmed, Kaif Ghaznavi, Raza Ali Abid and Adnan Jaffar, among others. She has directed the drama serial Mohabat Subh ka Sitara Hai for HUM TV as well. Sakina is a Pride of Performance and Tamgha-i-Imtiaz recipient.