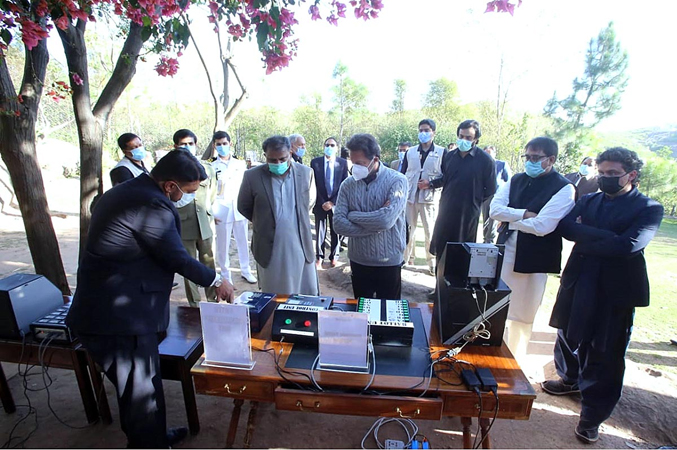 Prime Minister Imran Khan on Wednesday appreciated the Federal Board of Revenue (FBR) for achieving historic growth of 41 percent in March-2021 with collections recorded at Rs460 billion.

Taking to Twitter, the PM said, “I commend FBR efforts, achieving historic growth of 41 percent in March-21 with collections recorded at Rs460 billion.”

“During July ’20-Mar ’21 our collections reached Rs3,380 billion which is 10% higher than the same period last year.” He maintained that it reflects broad-based economy revival led by the government’s policies.

Earlier on February 28, the Federal Board of Revenue (FBR) had announced that it had achieved the tax target for the first eight months of the fiscal year, 2020-21, collecting Rs2,916 billion.

However, later it transpired that the Federal Board of Revenue (FBR) collected net revenue of Rs3,394 billion during the July-March period against the target of Rs3,287 billion. This represents a growth of about 10 percent over the collection of Rs3,076 billion during the same period last year. The net collection for the month of March was Rs475 billion, against a target of Rs367 billion, representing an increase of 46 percent over Rs325 billion collected in March 2020 and 129 percent of the target.

Prime Minister Imran Khan was briefed over the working of the electronic voter machine on Wednesday, besides being presented a practical show of how it would perform.

The detailed briefing to the Prime Minister was given by Federal Minister for Science and Technology Fawad Chaudhry, who also presented a practical show of the operation of the machine.

It was briefed that encouraging results have emerged from the trial of the electronic voting machine. Fawad Chaudhry further briefed regarding the mechanisms and features of the machine, saying that it would help in keeping the results’ process transparent. The results of the electoral process will be available immediately while keeping the safety protocols intact, the briefing to PM Imran Khan noted.

On February 22, the Ministry of Science and Technology announced that it has developed an electronic voting machine.

Briefing about the machine in Islamabad, Federal Minister for Science and Technology Fawad Chaudhary said the machine comprises two parts; one representing election symbols while the other part will be with the presiding officer.

PM to interact with public

Taking to Twitter, Faisal Javed Khan announced that the Prime Minister would be interacting with the public and answering their questions on Sunday.

“Your Questions and prime minister’s answers,” he said in his tweet while elaborating that the timings and the numbers would be shared soon. He said that the conversation with the prime minister would be broadcasted live on television, radio, and digital media.

This is not the first time that Prime Minister Imran Khan would be interacting with the public on the telephone as on February 01, Imran Khan took calls from the general public and responded to their queries.

During the conversation, Imran Khan shared that a housing project has been initiated by the federal government under which Rs300,000 subsidy would be given to 100,000 housing units. He said that a law needed for loans on housing projects was in the pipeline due to some legal framework, however, it is now cleared and banks would provide loans for the construction of houses.

“I personally met with the heads of the banks and took measures needed for issuing loans for the housing sector,” Imran Khan said while responding to queries of the masses via telephone.