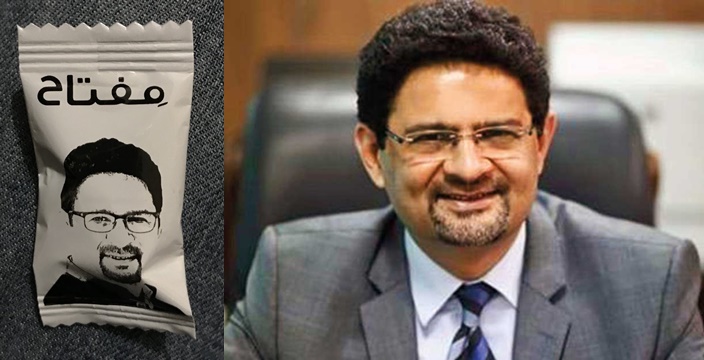 He distributed candies which had his name and face printed on the wrappers.

The PML-N candidate in a statement said he was giving candies to children because it was his ancestral business. “My father and grandfather had companies of candies and biscuit.”

With all eyes set on the vacant National Assembly seat in Karachi, PML-N, PTI, MQM-P, PSP, ANP and other parties have announced to contest by-poll and various candidates have submitted their nomination papers.

The NA-249 seat fell vacant after PTI MNA Faisal Vawda resigned as a member of the lower house of Parliament to contest elections for Senate.

Miftah Ismail was born in 1964. He is a Pakistani politician and political economist who served as Pakistan’s Minister of Finance from April 2018 to May 2018. Prior to that, he served as the Federal Adviser on Finance, Revenue and Economic Affairs, chairman of the Pakistan Board of Investment and an economist with the International Monetary Fund.