With stick and carrot, Saudi starts winning over firms in regional race 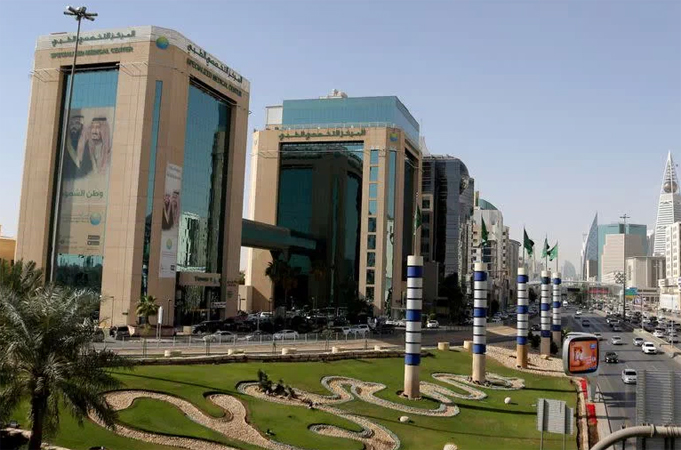 When CSG opted to shift its regional headquarters this year from Dubai to Riyadh, it marked an early win for Saudi Arabia and proved a surprisingly easy move for the U.S. technology firm: the new office was up and running in just two months.

CSG is among several foreign companies that agreed earlier this year to set up regional offices in Saudi Arabia rather than overseeing operations remotely from Dubai, the buzzing commercial hub in neighbouring United Arab Emirates. A Saudi ultimatum in mid-February has prompted some firms to rethink their strategy: from 2024, companies seeking state contracts in the Middle East’s biggest economy must have offices in the kingdom.

But, alongside this blunt approach, the government has launched sweeping economic and social reforms to attract investors, aiming to make the kingdom an easier place to live and work in and cutting the red tape that long deterred them.

“The serious weight that the Saudi government is putting behind their initiatives – backing that up with real action – is really very encouraging,” James Kirby, who heads CSG’s Europe, Middle East and Africa operations in London, told Reuters.

“I would expect that other companies would follow suit.”

Dubai, a global city with one of the world’s busiest airports – at least in pre-pandemic times – alongside fancy hotels and restaurants, may still rule as the region’s business centre.

In response to Reuters requests for comment, Bechtel confirmed they had set up a regional headquarters in Saudi Arabia. PwC said it had a regional consulting office in Riyadh and Deloitte said it was ready to act as a “strategic partner” to help Saudi Arabia achieve its goals. Bosch said it was exploring business opportunities in the kingdom. Others companies on the list did not respond.

Under economic changes pushed by the kingdom’s de facto ruler, Crown Prince Mohammed bin Salman, Saudi Arabia has jumped 30 places since 2019 in the World Bank’s ease of doing business rankings. It now ranks at 62, although that lags the UAE at 16. “We have made significant progress in recent years in key reforms – introducing 100% foreign ownership across a number of sectors as well as a number of other reforms,” Saudi Investment Minister Khalid al-Falih told Reuters in an email.

The Royal Commission for Riyadh City has told Saudi media it planned to attract 500 foreign companies by 2030.

To help achieve this, Saudi Arabia has unveiled a raft of initiatives. Its sovereign wealth fund aims to launch a new airline to compete with Gulf carriers and new hotels are planned. Riyadh, a huge urban sprawl, is building a metro system, while some social restrictions, such as a ban on cinemas, have been eased in the religiously conservative Muslim nation.

But there are many gaps still to fill if it is to rival Dubai. Not least, Riyadh needs more international schools to attract skilled expatriates and their families, executives say. “Dubai wasn’t built in a day, and its path was relatively organic. Saudi is looking to achieve its objectives at an unprecedented pace, but is this a case of more haste, less speed?,” said Ali Al-Salim, co-founder of Dubai-based Arkan Partners, an alternative investments consulting firm.

Investors have other worries too. Saudi Arabia has faced a barrage of Western criticism over its rights record, notably the 2018 murder of Jamal Khashoggi by Saudi agents in the kingdom’s consulate in Turkey, while an anti-corruption drive in 2017 saw Saudi princes, former ministers and business executives locked up, some for weeks or months, in a hotel-turned-detention centre.