March has been a month of historic significance for the Muslims in Indo-Pakistan sub-continent. Without undermining William Shakespeare’s warning about Ides of March, notwithstanding the tragic events in the same month in 1971 when Bengali nationalist leader Sheikh Mujibur Rehman decided to go for independent country in defiance of massive Pakistan army operation to stop him, March has equally been important historically on two other counts.

It was on March 23, 1940 Lahore Resolution was adopted by a representative gathering of Muslims of the sub-continent under All India Muslim League setting an ultimate goal for the creation of Pakistan under the leadership of Quaid-i-Azam Mohammad Ali Jinnah (MAJ). Only seven years after adoption of Lahore Resolution Pakistan crashed on the map of the world. Its leadership overpowered triangular opposition of the British rulers, Indian National Congress and Muslim religious leaders.

Interestingly enough the significance of the Resolution was that it was initiated by Sher-i-Bangla Maulvi Fazlul Haq from the Muslim majority Bengal province and seconded by Muslim minority province of UP by Choudhry Khaliquzzaman in Lahore. The decisive role played by Bengali leader and that UP Muslim Lerague’s had been a message to pro-British Unionists feudal class like Tiwanas, anti Muslim League Mullas that included Jamaat-e-Islami’s Maulana Abul Ala Maudoodi and Allama Inayatullah Mashriqui’s Jamayat -e-Ahrar who opposed Pakistan. The second historic significance about March 23, 1940 was the birth of Begum Nusrat Bhutto who was to later emerge as the torch bearer and fighter for Quaid’s vision of a democratic Pakistan, empowerment of the people including women and minorities.

Regretfully nation’s destined objectives got derailed soon after the death of the Quaid and assassination of his trusted lieutenant Liaquat Ali Khan who he had selected as the first prime minister of his country. It was a great tragedy that manifested in the hijacking of MAJ’s vision of Pakistan as a progressive, liberal secular social welfare state with ironclad guarantees for equal rights for all its citizen–irrespective of caste, creed, colour or gender. Yet another blow was dealt to MAJ’s vision when a Punjab-based power troika slowly but surely gnawed the roots of nascent parliamentary democracy replacing it at gun point by concept of a security state for the greatest good of the power troika that compromised of establishment, judiciary and bureaucracy backed by Punjab’s feudal class and those very religious parties that had opposed creation of Pakistan.

It is no doubt a tragedy of the highest magnitude that in MAJ’s Pakistan today attempts are being made by the vested interests to deny women their rightful place and equal status as we have seen in the ugly manifestation of an abortive attempt by a provincial minister to impose Hijab on girls in Punjab. Similarly, important institutions such as local bodies—the grassroots of democracy—openly advertise jobs of sweepers only to be applied by minorities such as Hindus, Christians and Shias.

Pakistan’s history without three women being mentioned as catalyst would remain incomplete. First was Madar-e-Millat Mohtarma Fatima Jinnah—sister of founder of Quaid-i-Azam MAJ. Hers was a life devoted to look after the well-being of her iconic brother consigned by providence to establish a secular, progressive, liberal state for his nation by vote—with an inviolable commitment that religion shall have noting to do with the business of the state.

Despite having nothing much to do with practical politics; MFJ had learnt her bit of politics in the company of one of astute political leaders of all times. She believed that MAJ had rightly chosen a democratic, secular and progressive future for his country. And when she realised that President Ayub Khan was subverting MAJ’s vision, despite her frail health she accepted to be Presidential candidate of the Combined Opposition Parties (COP) and decided to challenge the military dictator. Had she not tried to grapple the bull by the horn, course of Pakistan’s history would not have changed after 1965 war.

Twelve years later yet another fragile woman—Begum Nusrat Bhutto– with iron nerves was entrusted with the responsibility of leadership to defy the ruthless dictator General Ziaul Haq. Her dynamic husband Zulfikar Ali Bhutto had established a populist, left of the Centre political party—the Pakistan People’s Party– opposed to forces of status quo– to harness dynamics of socio-economic and political change that he had ushered in –to defy country’s worst possible and history’s most oppressive dictator.

While ZAB had been arrested by General Zia on trumped up murder charge, the woman who was putting up resistance to him was not an ordinary person. It was no small coincidence that her date of birth was March 23 in the year 1929. Indeed, destiny had chosen a nation building role for Nusrat Khanum as well. On yet another grim reminder and national tragedy of most humiliating surrender, she was baton charged in a cricket Test match on December 16, 1977 in Lahore’s Ghaddafi Stadium—when the milling crowd seeing her went into a resounding crescendo of slogans—“Bhutto Zindabad.” It was lethal impact of this head injury that later incapacitated her, became cause for Alzheimer’s.

She was arrested in hospital when her deep head wound was being stitched. She was forcibly dragged away by the police. On great public protest she was shifted to her house and held in isolation for 21 months while Bhutto Sahib’s appeal against his conviction continued. And finally four Punjabi Supreme Court judges sentenced him to death while three judges from smaller provinces acquitted him. This outrageously dubious decision of the Supreme Court was declared by international jurists as judicial murder of an innocent man.

This is not just a memorial article to pay tribute to Begum Bhutto. Rather, it is an overall tribute to Pakistani women who are standing aloft in various fields of human endeavours despite heavy odds in an essentially man’s world now falling speedily under the influence of retrogressive religious forces. Begum Bhutto kept ignited the populist aspirations of her husband and his devoted followers by defiance to the dictator alone supported by womenfolk and quasi political leadership. Initially she was alone but later Bhutto Sahib’s “Dearest Daughter” Benazir Bhutto joined her. Both served as the catalyst that transformed their peaceful efforts into ultimate return of democracy in 2008. 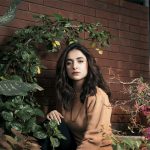 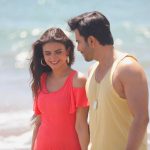 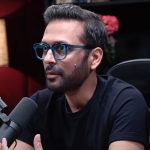 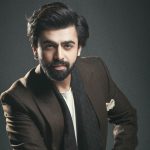 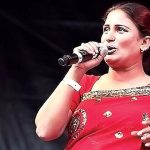