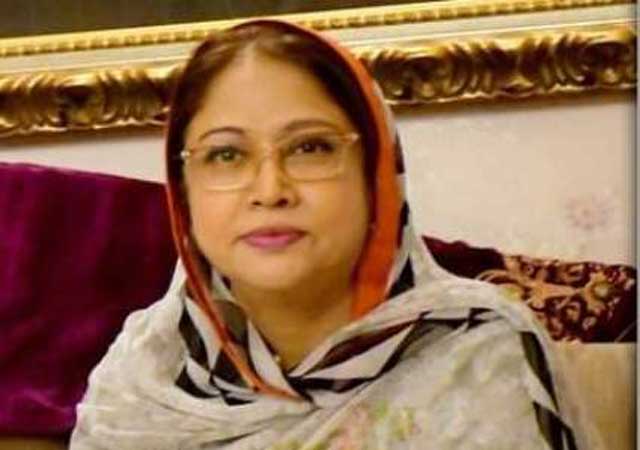 Pakistan Peoples Party’s MPA Faryal Talpur filed a review petition in the Sindh High Court (SHC) on Monday against suspension of her membership in dog bite case. Talpur, an influential leader of the PPP, in her petition in the Sindh High Court (SHC), has sought suspension of the court’s Sukkur bench decision during the hearing of a case regarding incidents of dog bite in the province. “Providing protection to people is compulsory for all of us, but an MPA could not interfere in the affairs of local governments,” Talpur pleaded to the court. “Sukkur bench of the high court has suspended the MPAs against the facts as well as the law,” the MPA pleaded to the court. The Sindh Assembly member has pleaded to the high court to review the suspension order by the Sukkur bench of the court. The Sindh High Court (SHC) Sukkur Bench on Thursday last suspended the membership of two of the PPP MPAs from Sindh, Faryal Talpur and Giyan Chand Essrani, over dog bite incidents reported in their respective constituencies. The court had directed the Election Commission of Pakistan to release the suspension notification of Faryal Talpur and Giyan Chand. It is to be mentioned here that the Sindh High Court’s Sukkur Bench had earlier ruled that if any person is bitten by a dog, the membership of the respective MPA of the area would be suspended.