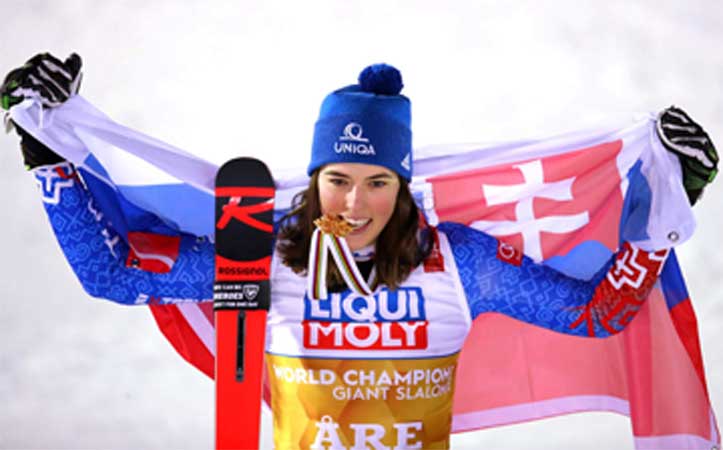 Lenzerheide: Petra Vlhova became Slovakia’s first overall Alpine skiing World Cup champion on Saturday after finishing sixth in the final women’s slalom of the season won by Austria’s Katharina Liensberger. With only a giant slalom still to come in the Swiss resort of Lenzerheide on Sunday, Vlhova has her hands on the big crystal globe with an unbeatable 136-point lead over Switzerland’s Lara Gut-Behrami. Liensberger seized the slalom World Cup title, victory sending her 35 points clear of American runner-up Mikaela Shiffrin, while previous leader and defending champion Vlhova ended up third.

The slalom title caps a remarkable year for Liensberger, who took slalom and parallel gold medals at the world championships in Cortina d’Ampezzo in February. The last Austrian to win the women’s slalom World Cup was Marlies Schild in 2012. Six times slalom World Cup winner Shiffrin gave herself the best shot at the title by going top after her second run down the Silvano Beltrametti piste. But Liensberger, the last runner, descended 1.24 seconds faster to secure both win and title. Gut-Behrami, also a double gold medallist at the world championships, did not race the slalom but her hopes of overhauling Vlhova had already all but disappeared when the downhill and super-G races were cancelled due to bad weather. Vlhova had needed to finish only 15th to secure her first overall title.