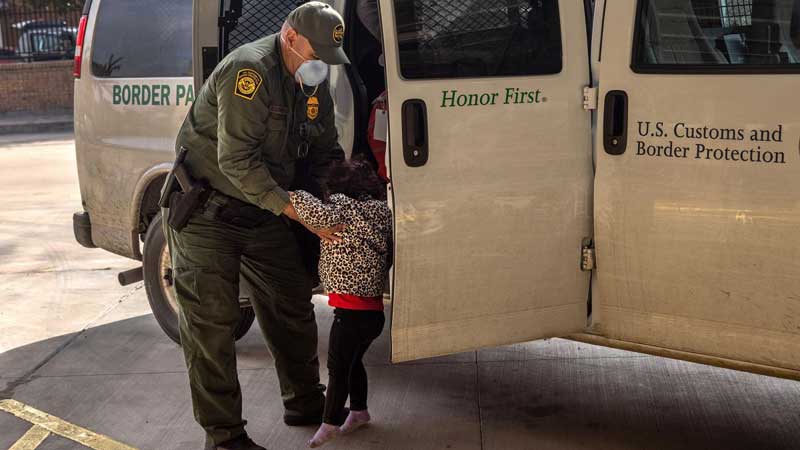 Mexico will step up security along its southern border with Guatemala to stop child migrants crossing on their way to the United States, the authorities said Friday.

The announcement comes after an increase in flows of undocumented migrants heading north following US President Joe Biden’s immigration reforms. The operations on the southern border are aimed at protecting child migrants who are “exploited by criminal networks,” the National Migration Institute (NMI) said. Patrols will use drones and night vision equipment for surveillance in areas where undocumented migrants are known to cross the border, it said. Since January more than 4,000 Central American minors have been identified who “traveled irregularly in Mexican territory,” according to the NMI.

People traffickers are telling migrants to bring children to make it easier to enter Mexico and the United States, it said. According to social workers in Mexico’s northeastern city of Matamoros, children are brought by parents or relatives to the border and sent over the border alone. Once across, they are handed over to the Department of Health and Human Services, which helps them connect with family contacts inside the United States. Mothers with small children are also sometimes allowed to stay, while undocumented adults crossing over alone are swiftly deported.

Facing growing political pressure, Biden this week urged migrants not to come. Mexico’s southern border has been patrolled since 2019 by the National Guard to stop migrant caravans crossing over. On Thursday Mexico announced restrictions on non-essential land traffic at the frontier with Guatemala that it said were aimed at curbing the spread of Covid-19.