One dead, 30 injured as train derails near Rohri 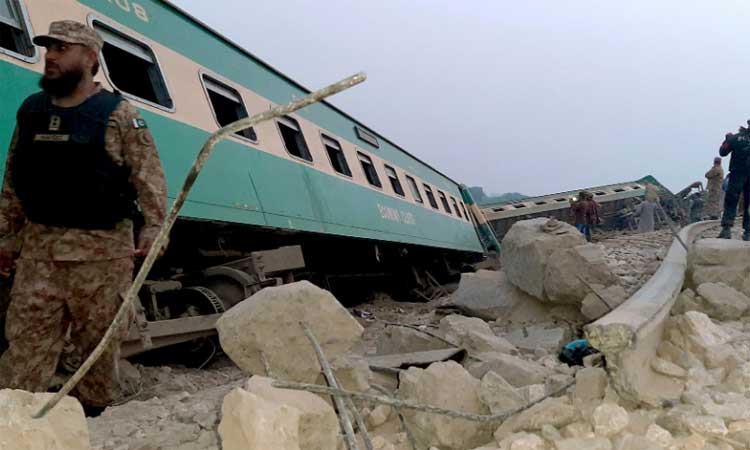 At least one person was killed and 30 others injured when several coaches of the Lahore-bound Karachi Express derailed between Mando Dero and Sanghi railway stations near Rohri late on Saturday night, officials said.

The deceased woman has been identified as a resident of Landhi in Karachi, Sukkur Commissioner Shafiq Ahmed Mahesar confirmed to the media. He added that 15 of the injured passengers had been discharged from the taluka hospital in Rohri.

According to initial reports, the 15-Up Karachi Express departed Rohri junction around 1:15am. When the train reached near Sanghi nine of its bogies, including AC and Economy class coaches, derailed with a big bang. As most of the passengers were asleep, the sudden accident caused panic among them. Rescue work was started by passengers on a self-help basis. However, soon Edhi ambulances arrived at the scene of the accident and shifted the injured to the taluka hospital in Rohri and Sukkur Civil Hospital.

Meanwhile, Pakistan Railways General Manager Nisar Memon surveyed the accident site, saying the investigation will be carried out as soon as possible to ascertain the cause of derailment. He added that the train was fitted with the latest engine, which tracks the speed and other details of the journey at every moment. “We will review the data from the engine’s log to aid us in the investigation,” he told the media.