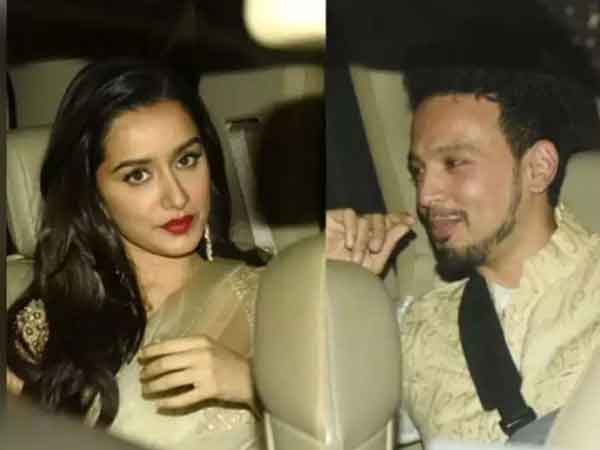 Actress Shraddha Kapoor is making headlines again and it is not for her any upcoming project. The actress is in the Maldives attending the wedding of her cousin Priyaank Sharma and her pictures from the celebs’ favourite destination are all over the internet.

‘Dream Girl’ actress Padmini Kolhapure’s son Priyaank Sharma is getting married to film producer Karim Morani’s daughter Shaza Morani. According to Bollywoodlife, Priyaank and Shaza are tying the knot in a beautiful traditional wedding in the Maldives in the presence of their close relatives. Shraddha, who jetted off to the beautiful island along with her brother Siddhanth, shared a few glimpses of herself from the island.

The actress shared a slo-mo video of herself, looking gorgeous in a blue lehnga and flower clad blouse. In another picture, she was seen posing with the soon-to-be bridegroom and her brother Siddhanth Kapoor. Meanwhile, what caught our attention was that her rumoured boyfriend Rohan Shrestha, a celebrity photographer, was also present in the photos, where he posed with her family. Rohan was seen in a white kurta and a baby pink vest jacket. The photo was shared by fashion photographer Viral Bhayani.

It is to be noted that none of them have so far spoken about their relationship.

Paparazzi have been circulating photos of the wedding proceedings and location on social media and fans can’t get enough of the grand wedding. In one of the videos, Shraddha Kapoor, looking no less than an angel, is seen twirling in her flowery lehnga on a beautiful beach. On the work front, Shraddha was last seen in the film ‘Baaghi 3’ with co-star Tiger Shroff last year. Her upcoming releases include the Vishal Furia directorial ‘Nagin’ and ‘Stree 2’. Directed by Amar Kaushik, ‘Stree 2’ will hit theatres on May 4, 2021.