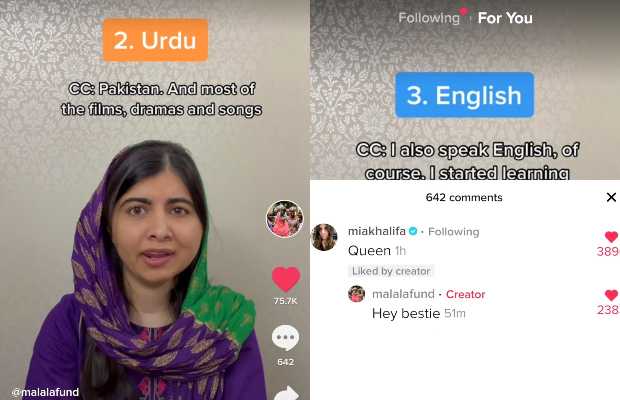 As per details, Malala Yousafzai had shared a video on Mothers Language Day on the official TikTok account of Malala Fund last week.

The young activist debuted on the video-sharing app TikTok. last year in December to encourage people to donate to her cause and support her fundraising campaign.

“I have also done campaigning and advocacy for 12 years for education and safe quality of education for all girls around the world,” she added.

“On Giving Tuesday when you might be deciding to support different causes, I ask you to support Malala Fund and help us ensure that all girls can go to school,” she appealed.

I never thought I’d see the day when malala said *hey bestie* to mia khalifa yet here we are pic.twitter.com/komaoy3ZFl