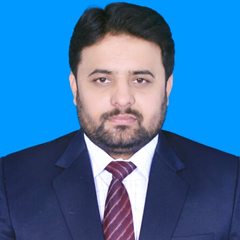 If there is one point that educationists in Pakistan are united on, it is the fact that Sindh and Balochistan have slowly and steadily moved to finally embrace educational reforms. Since many years, the Annual Status of Education Report has consistently shown that both Sindh and Balochistan have the worst school infrastructure, enrollment and retention rates and students’ learning outcomes compared to Punjab and the Khyber Pakhtunkhwa. However, in more recent times, number of policy initiatives pursued by the Sindh Education and Literacy department highlight that the province is indeed serious about its educational challenges.

First and foremost, addressing Sindh’s education crisis depends on how much money is spent on education. To the credit of the Sindh government, there is a consistent increase in the budget allocated for education. Since 2010, the total budget has increased from Rs 23.06 billion allocated in the fiscal year 2010-2011 to the current allocation of Rs 160.7 billion, representing 28 percent of the total provincial budget outlay for the fiscal year 2016-2017. These figures become more interesting if we dig deeper, and look at how well the money is spent.

In previous years, the largest chunk of this budget was spent on raising teachers’ salaries and the so-called “School Specific Budget.” Of course, the problem with shifting more resources to lower levels of education — and that too on teachers’ salaries — is that it is also this area where more than 7,000 ghost schools exist. Teachers are simply drawing salaries without performing their duties. What is required instead is that the government stimulates the infrastructure that renders an enabling environment for learning and enhances its development-related expenses. There are always potential trade-offs that need to be made.

However, money alone won’t solve education problems. The real magic of improvement takes place in the classroom. Unfortunately, teacher absenteeism, corruption and nepotism plague most public schools in the Sindh province. In this regard revamping the teacher-hiring procedure is a significant push towards transparency and accountability by the Sindh Education and Literacy department. As part of the reform programme, teachers are now recruited through a rigorous procedure involving a test conducted by a third party, National Testing Service, verification from an independent Reform and Support Unit, and a final vet from the donor agency. Consequently, this involvement of multiple stakeholders in the recruitment process makes the system highly competitive, which in turn shall pave the way for qualified teachers to be at the helm of [teaching] affairs.

We must also understand that in today’s education system, the role of teacher is highly indispensable. Because the 21st century demands a holistic approach to education, our schools need to encourage children to have out-of-the-box thinking, nurture curiosity and help flourish innovation and creativity. All this is only possible if our classrooms are equipped with teachers who have the right set of skills.

Thirdly, another step in the right direction is the regular assessment of students’ learning outcomes under the SAT (Standardised Assessment Test). The importance of an assessment system to guide evidence-based policy for an effective reform cannot be denied. SAT is primarily designed for this purpose i.e. to gauge how students are performing in mathematics, science and language subjects. The Sindh Education and Literacy department carries this exercise annually through a third party, Sukkur IBA, and publishes its performance report. Though the results are not very encouraging at the moment, but such a venture is crucial to examine and inform public policy questions and discussions in the province. Similarly, for public and donor agencies, SAT results could be used to enhance accountability by keeping a check on whether the money spent by the government has achieved intended goals of improving state of education in the province. Likewise, this could also help inform government budget allocations and guide policy decisions. However, to make such evaluations more effective, it is imperative that such assessments are not restricted to a selected sample as currently practised but enhanced to include all students of the province.

While policies like these have improved the education sector in the province and reduced the number of out-of-school children between the ages of 5-16 years from 7.3 million to 6.5 million, nevertheless, the Sindh government still has a mammoth task to fullfil its constitutional obligation of achieving 100 percent enrollment. The biggest of these challenges is the “quality.” I have had the experience of visiting some public schools in the district Shikarpur. Amongst the five government schools I visited, none of the students from third and fourth grade were able to read or respond properly in English, except for recitation of the alphabet. Third grade students found it difficult to answer the simple question, “Where do you live?”

With skills like these, even if we achieve 100 percent literacy rate, we will still be nurturing a generation of illiterates who will be a socio-economic and political problem for the country rather than the future potential to reap benefits from.

The writer is a DAAD scholar for public policy and governance