Chinese investment in Pakistan tops with $402.8m in 7 months 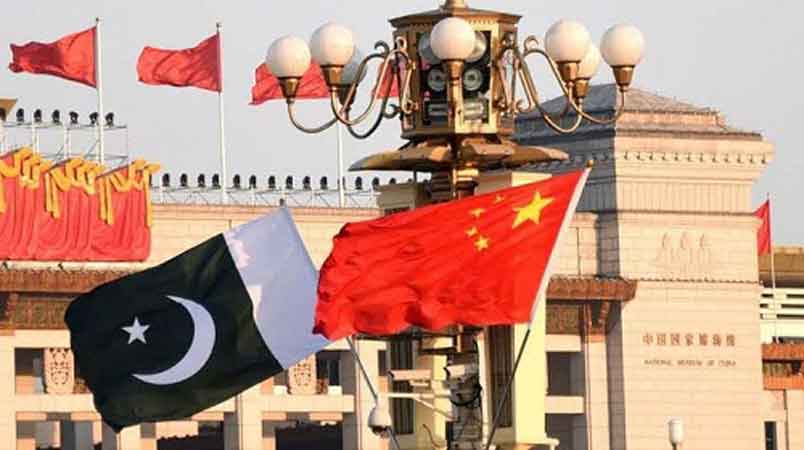 Chinese investment in Pakistan has topped with $402.8 million during seven months of the current fiscal year.

According to a report published by Gwadar Pro, China’s vote of confidence in Pakistan’s economy deepens after China stays atop as the sole highest contributor of net foreign direct investment (FDI) when compared to other countries in Pakistan. The net FDI inflow from China remains at dollar 402.8million which is highest in the list of inflows from other countries. Chinese net FDI pouring comes at a time when overall FDI from other countries dipped by 27 percent during the first seven months of the current fiscal year.

According to the State Bank of Pakistan (SBP) report, others from where over $100m net FDIs were bagged were the Netherlands and Hong Kong, as they invested $122m and $105m, respectively, during the first seven months of FY21. The inflows of FDI from the UK (83.8m), the US ($73.5m) and Malta ($60.6m) were also significant during the seven months.

Meanwhile, with Chinese investment tend, the inflow of remittances being sent by the overseas Pakistanis, national kitty becomes healthy. Remittances during the seven months of the current fiscal year were up by 24pc as the country received $16.5bn. Trust of Chinese investors is blossoming as out of a total of 117 foreign companies registered in SECP, the maximum belonged to China in 2020. The report added, other investors hailed from Australia, Germany, Iran, Italy, Kazakhstan, South Korea, Lebanon, Mozambique, the Netherlands, Russia, Spain, Switzerland, Syria, Turkey, the UAE, the UK and the US.

The highest number of companies was registered in Islamabad (628), followed by Lahore (625) and Karachi (349). The SECP has registered 1,956 new companies in November 2020, indicating an increase of 41% as compared to the corresponding period of last year. The power sector attracted the highest investment of $475.8m against $373m in the same period of last financial year; an increase of 27.6 per cent. Within the power sector, coal power attracted the highest investment as the inflow reached $271m compared to $233m in the same period of FY20. The hydel power attracted $111m and thermal received $93.9m.

The FDI in electrical machinery dropped to $70.5m compared to $133.2m in the previous year. Financial sector experts said despite all-out efforts and incentives, exports grew slowly while foreign investment could see a change once the country exits the FATF grey list.

Friends of Business and Economic Reforms on Sunday sought long-term measures amidst high cost of debt servicing due to heavy loans, as the fiscal deficit has jumped to around Rs1.5 trillion in first half of 2020-21.

FEBR President Kashif Anwar sought growth-friendly policies, upgraded tax and social spending and active industrial strategies in close consultation with real stakeholders to achieve sustainable development goals. In terms of size of the economy, the budget deficit remained at last year’s level but in absolute terms the deficit went up, he said and added that the government had set the federal budget deficit target at 7.5% of GDP while it has obtained Rs1.2 trillion in loans to finance the deficit.

FEBR President observed that the fiscal deficit is going up despite the government claim of tight control over expenditures, while the only main head of expenditure that remains out of control is the debt servicing cost that jumped by 15 percent to nearly Rs1.5 trillion. Kashif Anwar added that Pakistan’s fiscal policy continued to focus primarily on macroeconomic stabilization, in response to the financial crisis, instead of putting more emphasis on reforms to foster long-term growth through industrialization by adopting advanced technology.