A room of one’s own

* Instead of restricting women to be equal to men, Woolf advocates an 'outsider' status for women and claims that the world of a woman is not just her home 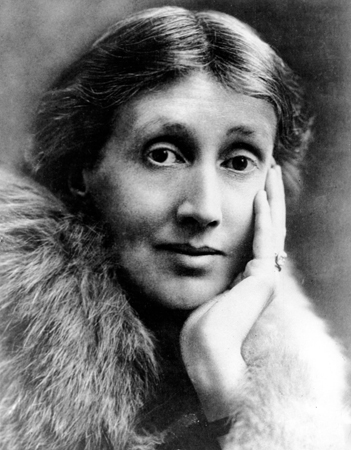 After Mary Wollstonecraft, Virginia Woolf put forward a successful feminist step in the so far non-feminist world and that too, if at all, existed only in some of the mythologies of the world.

The real powerful woman was absent from the general discourse propagated by the writers of fiction and history. Woolf’s Feminist landmark brought her forward as a first champion of modern feminist literary criticism. Her essay ‘A Room of One’s Own’ has come forward as a canonised feminist literary criticism. This work of Woolf was not mainly to address feminist issues but was to associate women with writing. She especially focuses on short story and fiction that these should be read with women’s writings and attempted to advocate the rights of women to writing and provision of money and space for this purpose.

Instead of restricting women to be equal to man, Woolf advocates and ‘outsider’ status for woman and claims that the world of woman is not just her home, her home is the whole world. For example, Woolf says that ‘As a woman, I have no country. As a woman I want no country. As a woman my country is the whole world.’ This type of narrative brings Woolf’s writings in line with modern feminism in the context of modern feminist literary criticism. This message achieves a higher significance at that time when Woolf says that women should be regarded a separate class equating their plight with the working classes, regardless of their being from upper or lower class.

Woolf imagines her narrator to visit the Library to find books on women and poverty and finds that most of the narratives are by men and therein the harsh and hard labour by women is not given any favourable view and found that rather women’s work has only served as a mirror to man and raised their size to twice of their natural size. The narrative and the language used by the men writers excludes women and makes them only as signs and so the narrative discriminates women in the literary representations.

The all pervasiveness of women in almost every genre of literature does not match with the social status of women. For example, she may be praised with finest words in a books of poetry from cover to cover but she is not the part of the history of mankind. She may dominate the life of a king in the fictional world but could be forced to play a slave to the common boy who makes her wear a ring. She has gone to the extent of showing the capability of women of becoming famous and popular like Shakespeare to force a hope that one day it may be possible but at the end of the story she makes that woman again folded in silence.

This narrative, however, proved a tool for the women to let them claim money and have their separate spaces for them in the homes and as a result help them create literature of their own as termed by Ellan Showalter. A room of one’s own not only provides women an opportunity to represent themselves but also it challenges them to use this opportunity as an extension of further achievements at much bigger and larger level to claim a full freedom rather than restricting themselves to just a room as their world. So, according to Woolf, women should unburden themselves by telling their stories through writing instead of keeping their minds and bodies burdened psychologically.

The advocacy of Woolf should also be seen at the symbolic level. The symbols are: Room, Money and Writings. Room is the symbol of space which woman can call her own. The belonging to space is very important for our identity recognition and so when a woman claims the space, it is her sense of belongingness that makes her claim an identity. The space also allows peace and harmony to the mind and affords an opportunity to relax. This space can be social space as well where women must have their own spaces meaning thereby that they should have a right to claim their social space.

The second symbol is that of money. Though it was a very meagre amount of money advised by Woolf but actually it means that power of not asking for money and having a right on the money to be spent in the same way as anyone one would do if one earns or at least if one is given the right to use the money. Our neoliberalist world has come to yield before the power of money. The possession and right to use money therefore lends the power to the user. So, in the context of the Woolf, Money is symbol of power in the society.

The symbol of writing is an agency where women can voice their opinion and have not to stifle their feelings and responses. Though men writers would attempt a representation of women, yet it would be a representation by someone who is not a woman. So, to write is to represent oneself. Moreover, the women voices and their being read, heard and followed is only possible through writing. And writing is also a symbol of all expressions of art by women also. Keeping in view the aforesaid, one can believe that it was Woolf actually who paved the way for the modern women of today to have their success stories and to have their own place, space and power.