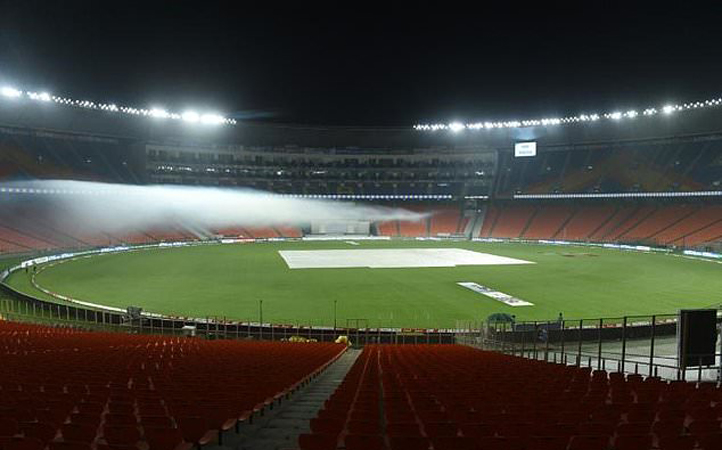 Ahmedabad: The world’s biggest cricket stadium was renamed after India’s Prime Minister Narendra Modi in a surprise move Wednesday hours before its inaugural international match between India and England. The 110,000-seater stadium was the pet project of Modi who was chief minister in Gujarat state, where Ahmedabad is the main city, before taking over as head of government in 2014. The new name was announced by President Ramnath Kovind during a ceremony ahead of the third Test between India and England. “This stadium was the dream of the prime minister and he had during his stint as chief minister here floated the idea of building the world´s largest stadium,” Home Minister Amit Shah said at the event. The $100-million, perfectly round venue, with seats in the blue and saffron of the Indian team, promises unobstructed views from every angle. It eclipses the 100,000-seat Melbourne Cricket Ground in Australia, which dates back to 1853. The former Motera stadium was inaugurated as the Sardar Vallabhbhai Patel Cricket Stadium by Modi in February 2020 when he hosted a mega-rally there with then US president Donald Trump.