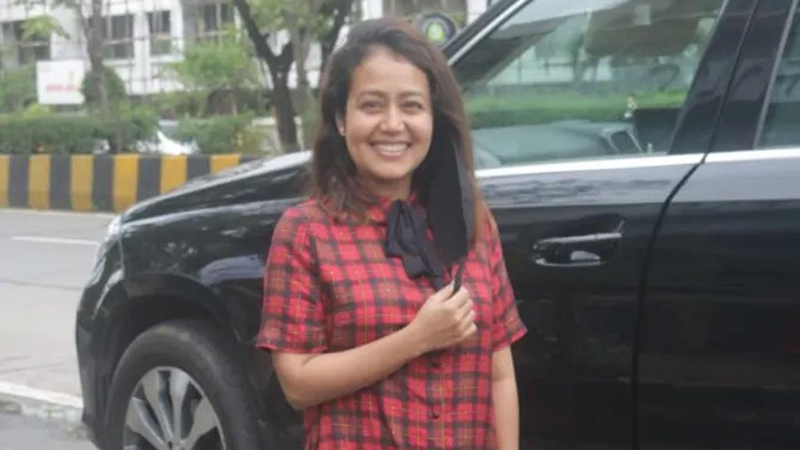 Singer Neha Kakkar, who is currently seen as one of the judges on reality TV show ‘Indian Idol 12’, will be seen coming to the aid of a veteran out-of-work lyricist from the music industry.

In the latest episode of the singing reality show, Neha offered a cheque of Rs 5 lakh as a gift to veteran Bollywood lyricist Santosh Anand.

According to reports, Santosh Anand has created songs such as ‘Ek Pyaar Ka Nagma Hai’ from ‘Shor’ and ‘Mohabbat Hai Kya Cheez’ from ‘Prem Rog’. He appeared on the show with musician Pyarelal of the legendary composer duo of Laxmikant-Pyarelal. During the show, he told the audience that he has been out of work for several years and has been facing severe financial crisis.

Moved by his story, Neha went to her and offered him a help of Rs 5 lakh from her side. She also requested people from the industry to helo Santosh Anand in his time of need. “I would like to give you Rs 5 lakh as a small gesture and would also like to request the Indian entertainment industry to give Santosh Ji some work as he has been such a crucial part of our industry. It’s our duty to help our colleagues in their bad times,” Neha said on the show, as reported by DNA.

On the show, Neha and co-judge Vishal Dadlani also sang a few songs written by Santosh.

The veteran lyricist is also a Filmfare Award recipient. Dadlani, who is also one of the judges of the singing reality show, also Anand to share some of his songs with him which he will help release soon.