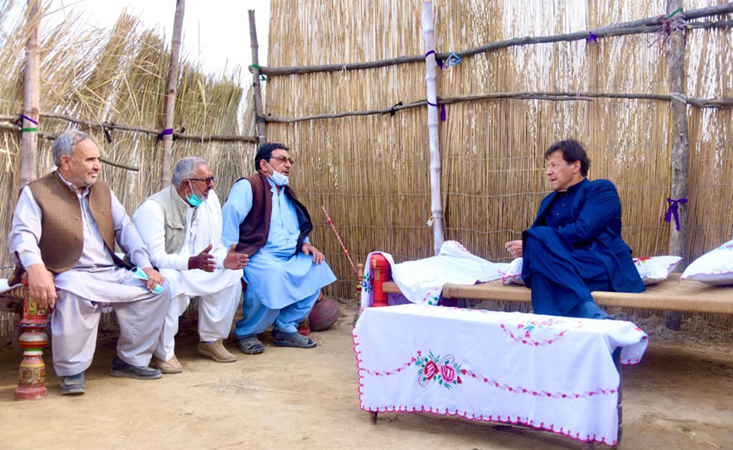 Prime Minister Imran Khan Friday said Pakistan will ultimately be the winner as the corrupt politicians have lost the public support.

“This is a decisive moment for the nation. The masses are on one side, while these thieves and dacoits are on the other. Pakistan will emerge victorious,” Imran Khan said while addressing a ceremony after inauguration of tree plantation drive in Ghazi Barotha under his initiative of 10 Billion Tree Tsunami.

Criticizing the previous governments, the prime minister said during the last 30 years, big thieves and corrupt politicians not only hurt the country economically through their loot and plunder of the public resources but destroyed the moral values as well. “They created an impression that corruption is not a bad thing,” he said, and questioned that can anybody cite an example of any country which had achieved progress and development in an atmosphere of corruption.

The prime minister said when a country is burdened with debt, it has to seek foreign assistance by compromising its respect and dignity. “While those (rulers) hurt the country, they and their children, son-in-laws and brother-in-laws lead aristocratic lives abroad. When I see Ishaq Dar and Nawaz Sharif riding a Roll Royce in London, it appears that they were not born in Gwalmandi but in London,” he remarked.

About the Senate polls, the prime minister said with a market established across the country for the sale and purchase of the members of parliament, corrupt practices had been going on for the senators’ election for the last 30 years. He was critical of the opposition parties for opposing the government’s efforts for holding the Senate elections through open ballot, saying those who were in favour of the open ballot process for Senate polls in the past are now opposing the idea.

The opposition parties, he said, had a change of mind after their failure at the Minar-e-Pakistan rally, during FATF (Financial Action Task Force) legislation and in other moves. “Now they want to get more seats in the Senate by purchasing our members. What kind of democracy is it?” he remarked, and recalled that in 2018, the Pakistan People’s Party (PPP) despite having only six members in the Khyber Pakhtunkhwa Assembly secured two Senate seats.