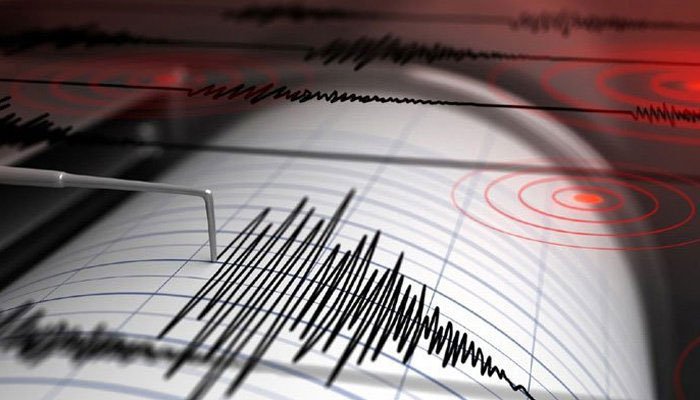 Earthquake tremors measuring a magnitude of 6.4 on the Richter’s scale were felt across several cities of Pakistan at 10:02 pm late Friday night.

The earthquake, which struck at a depth of 80 kilometres originated at 10:02pm, with the epicentre in Tajikistan, said the Met department. The information was corroborated by the National Seismic Monitoring Centre, which also recorded an earthquake of magnitude 6.4 in Tajikistan. Meanwhile, the United States Geological Survey recorded the magnitude at 5.9, with a depth of 91.6 kms and its epicentre at 35 kms west of Murghob in Tajikistan. There were no reports of loss to life or property. However, the quake sent people rushing out of their homes in Islamabad, Rawalpindi, Lahore and other cities. Netizens took to social media to express concern and pray for everyone’s safety. A National Disaster Management Authority (NDMA) spokesperson said the institution was in contact with all the Provincial Disaster Management Authorities (PDMA). “NDMA is in contact with all PDMAs and getting updates from across Pakistan,” the spokesperson said, adding that no loss of life had been reported so far. The NDMA said that it has put its emergency services on alert as well.

Meanwhile, in India, an earthquake of 6.1-magnitude struck Punjab at 10:34pm on Friday, sending tremors across north India, including Delhi-and parts of Uttar Pradesh. However, there was no immediate report of property losses or casualties.