Dar quits as SAPM to participate in NA-75 electioneering 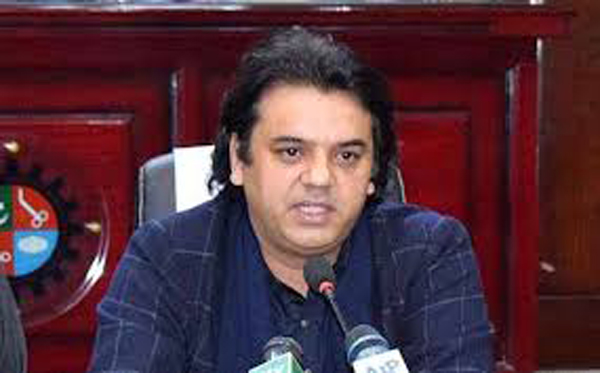 Pakistan Tehreek-e-Insaf (PTI) leader Usman Dar stepped down as Special Assistant to the Prime Minister (SAPM) on Youth Affairs on Friday. The Cabinet Division subsequently de-notified him as the prime minister’s aide at his wish. Usman Dar has sought Prime Minister Imran Khan’s nod to run campaign for the upcoming by-election in a National Assembly constituency in Sialkot (NA-75) slated for February 19. Dar said that he decided to step down after holding consultations with Prime Minister Imran Khan when he started receiving notifications from the ECP. “I will fully take part in the NA-75 by-elections,” he said. Earlier, the Election Commission of Pakistan (ECP) served him a notice over running the campaign for the by-poll despite holding a government post. He decided to relinquish his post in light of the election rules to run the campaign. Sources said he can be re-appointed as the SAPM on youth affairs after the by-election is over.The NA-75 seat fell vacant after Pakistan Muslim League-Nawaz (PML-N) MNA Syed Iftikharul Hassan Shah died of Covid-19 on August 2. The by-elections on NA-75 and a provincial assembly seat (PP-51 -Gujranwala) are scheduled to be held on February 19.