Jade and rubies: how Myanmar’s military amassed its fortune 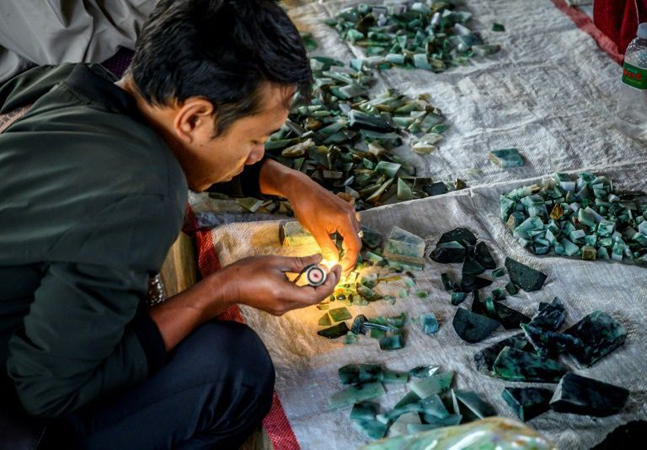 Mines, banks, petroleum, agriculture, tourism: Myanmar’s ruling junta has vested interests in large swathes of the country’s economy, providing it a colossal — and closely guarded — fortune that the United States has targeted with sanctions.

On Thursday, the United States slapped sanctions on the country’s top brass.

President Joe Biden said his administration was cutting off military leaders’ access to $1 billion in funds in the US, while the Treasury Department blocked any US assets and transactions with 10 current or former military officials held responsible for the February 1 coup.

But experts believe the army chiefs still have access to enormous wealth from the sprawling conglomerates behind them.

Through two highly secretive military-controlled behemoths — Myanmar Economic Holdings Limited (MEHL) and the Myanmar Economic Corporation (MEC) — at least 133 companies in the country are wholly or partially overseen by generals, according to a report by Justice For Myanmar (JFM).

The opaque groups have their tentacles in industries as diverse as beer, tobacco, transportation, textiles, tourism and banking.

Much of the lucrative — and largely unregulated — jade and ruby trade is controlled by military-owned businesses.

Although Myanmar is the world’s largest producer of jade, and the trade is estimated to be worth billions of dollars a year, only a very small part of the financial windfall ends up in state coffers — with most high-quality stones believed to be smuggled over the border into China.

Since 2011, the disaster-prone jade industry has remained “controlled by a network of military elites, drug lords and their cronies”, according to NGO Global Witness.

The company, Myanmar Imperial Jade Co. Ltd., was among the three gems entities slapped with US sanctions Thursday.

MEHL has partnerships with companies in China, Japan, South Korea and Singapore, among others.

It has enriched its shareholders in Myanmar, who — according to the conglomerate’s government filings — are all current or retired military officials.

Junta chief General Min Aung Hlaing, reportedly one of the main shareholders, would have received some $250,000 in dividends from MEHL in 2011 alone, the report said.