Sinopharm not recommended for people aged above 60: Dr Faisal 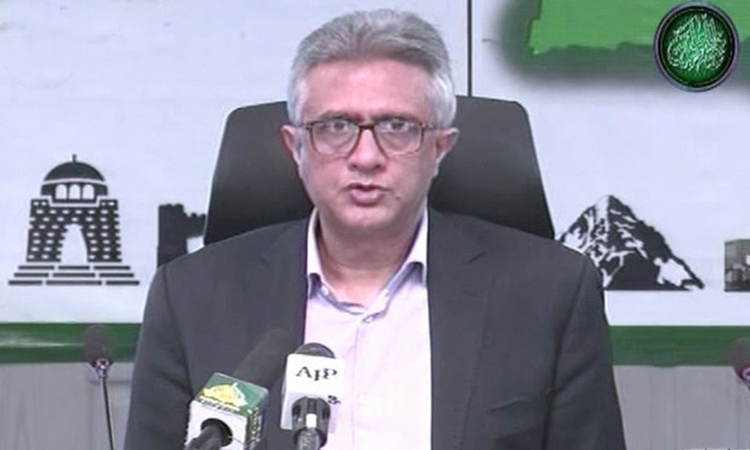 The Chinese Sinopharm vaccine for COVID-19, which started being administered in Pakistan this week, is not recommended for people older than 60 years, Special Assistant to the Prime Minister on Health Dr Faisa l Sultan said on Thursday.

Speaking to reporters in Islamabad, he said the government’s expert committee while considering the preliminary analysis of Sinopharm data had recommended that the vaccine be licensed for people aged 18-60 “at this stage”. “At this stage, the [committee] did not authorise the vaccine for people older than 60,” he added.

Dr Sultan said this was not an “unusual” scenario. “When new medicines come, such things happen and the basis is whether that [age group of the] population or people with certain conditions were included in the research for it. When we get more data, perhaps it will be used for people above 60 as well.”

On Wednesday, Pakistan started vaccinating frontline health workers against the coronavirus, days after receiving half a million doses of the Sinopharm vaccine donated by China.

The Drug Regulatory Authority of Pakistan (Drap) had approved Chinese state-owned firm Sinopharm’s COVID-19 vaccine for emergency use last month. So far, three vaccines have been approved for use in the country – Sinopharm’s vaccine, Russia’s Sputnik V vaccine, and the vaccine developed by Oxford University-AstraZeneca.

On Saturday, Planning Minister Asad Umar had announced that the government had received a letter from Covax saying 17 million doses of the Astra­Zeneca vaccine would be provided to Pakistan in the first half of 2021.

When it was pointed out that certain countries such as Germany and France had not allowed the AstraZeneca jab for the old age group, raising concerns over the data, Dr Sultan noted that several other countries had approved the vaccine for senior citizens. “When our Pakistani experts looked at the data, they were reasonably satisfied with the AstraZeneca data but felt that [based] on the presently available numbers for Sinopharm, the data did not justify its usage for those aged over 60.” “The Chinese have also reiterated this restriction,” he added.

He said, however, that these were “complex matters”, and it was unlikely that a homogeneous perspective would be seen regarding vaccine administration around the world. During his media talk, the SAPM stressed that a national institute was needed to deal with future threats and challenges from epidemics and diseases like COVID-19. He shared that the government had also made amendments to the law governing the National Institute of Health (NIH) in Islamabad so it could be upgraded.

He said “good work” was being done at NIH but the government wanted to take it to “expert level”.

“We believe NIH can be a [combined platform] where six to seven institutes are working on their own expert areas but are cooperating with the [Ministry of National Health Services, Regulation and Coordination] and with its cooperation, new research [can be conducted].”

Listing some of the institutes that would come under “one umbrella”, he said they would include a national health laboratory, data centre, centre for disease control and a centre for biologics and biomedical technology.

“There [should] be one national institution to diagnose viral and bacterial infections so other labs can contact [it] and a proper system can be set up. A national health data centre has been created,” he said while recalling that the National Command and Operation Centre (NCOC) had to “collect data haphazardly” but now a system had been developed for it instead.

The government expects that diseases like COVID-19 will keep on coming in the future similar to past diseases like Sars and bird flu, he said, adding that this was the reason a national data institution was needed where data could be analysed by experts and epidemiologists and they could decide in one place how the disease should be dealt with. He also highlighted the need for separate institutes to deal with biological technology, production of anti-venom and nutrition.

Meanwhile, the national tally of total active COVID-19 cases was recorded at 32,889, with 1,508 more people testing positive for the deadly virus and 1,772 people recovering during the last 24 hours.

According to the latest update issued by the National command and Operation Centre (NCOC), around 31 corona patients have died on Wednesday: 30 were under treatment in hospitals.