Will order closure of PSM, removal of all employees: CJP 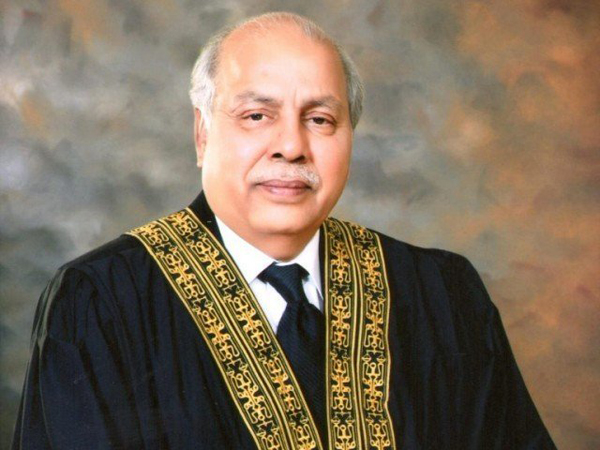 The chief justice of Pakistan on Thursday said that the Pakistan Steel Mills (PSM) “does not practically exist”, therefore, the court will “order the closure of the company and the removal of all PSM employees.”

According to a private news channel, while hearing a case at the Supreme Court related to the promotion of PSM employees, Chief Justice Gulzar Ahmed said that the Steel Mills’ management is responsible for the plight of Pakistan’s largest industrial complex.

Justice Gulzar Ahmed remarked that no wrongdoing could take place without the concurrence of the management.

“Did the government take action against the Pakistan Steel Mills’ management?” the CJP asked.

Justice Gulzar strongly reprimanded the management of Pakistan Steel Mills and questioned that if the mills are non-functional, then why the management is still working there.

“Since the mills are non-functional, there is no need for a managing director or chief executive to run it,” the chief justice remarked. “PSM officers are a burden on the national exchequer. All the officers should be removed first before firing the employees”.

Justice Gulzar went on to say that with the exception of Pakistan, steel mills all over the world are functioning and profiting their countries. On the other hand, he said, the PSM has hired more staff than required without having to do any work.

Responding to the chief justice’s remarks, PSM’s lawyer said that the daily expenses of the mill have been reduced from Rs 20 million to Rs 10 million.

The CJP replied, “From today onwards, no employee of the PSM will be paid as the mills are not generating any profit. Why should employees be paid for doing nothing?”

Justice Gulzar added that some PSM officers “did not work even for a day from the time of their recruitment until their retirement.”

“Who will pay the debt of Rs212 billion incurred by the mills?”

The chief justice further remarked that “no federal secretary is working in the country and their jobs have been reduced to writing letters, which is the job description of clerks.

“It is not clear why the government has employed secretaries when they do not have any work to do?” he questioned. “The country has been ruined and governmental secretaries are afraid that the National Accountability Bureau (NAB) will catch them.”

The Chief Justice of Pakistan said that the remaining 3,700 employees of the steel mills will be dismissed, adding that 390 out of 437 officers of the mill will also be removed from their services.

“All employees and officers will be dismissed and the steel mill will be locked because practically, the PSM does not exist,” he said.