Govt ‘condoles’ with PDM over failure of ECP protest rally 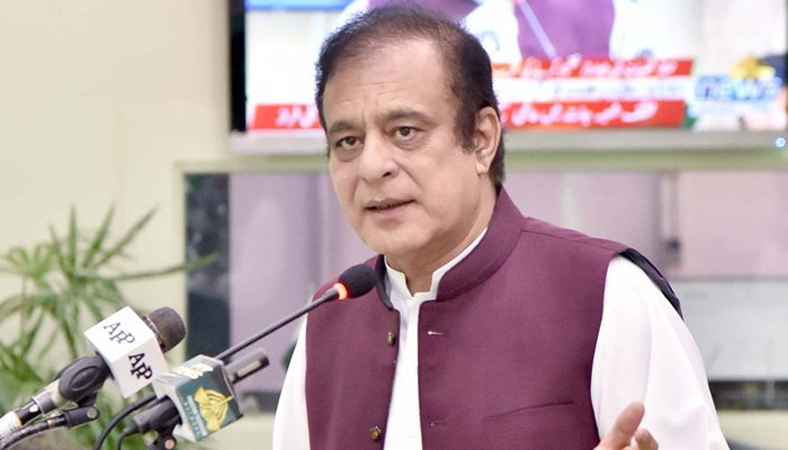 The people not supporting and participating in the PDM political power shows as it is holding the gatherings to save their corruption and to gain vested interests, he said, adding that the PTI took funds from its party workers and other foreign donors through banking verification and authentication process. The PTI furnished and submitted all the details of foreign donors to ECP as it had already provided the names of 40,000 donors in the foreign funding case, he added.

He said there is no harm in getting funds for NIML University and Shaukat Khanum Cancer Hospital. The decision in foreign funding would be given by the ECP but not PDM leadership, he added.

Shibli Faraz said it was responsibility of the opposition parties including Pakistan Peoples’ Party (PPP) and Pakistan Muslim League-Nawaz (PML-N) to disclose the names of expatriates who had remitted funds to them. Both the political parties obtained foreign funds from corruption mafia and also rewarded them during their governments.

Foreign Minister Shah Mahmood Qureshi said the PDM is strengthening the agenda of anti-Pakistan elements and also promoting their narrative. The PDM in fact has adopted an anti-state narrative and the the government would not succumb to their pressure, he said in a statement. He said the PDM parties are trying to cover the rift within their ranks and for the purpose they were pursuing the agenda, which was detrimental to national interests.

Minister for Planning, Development and Special Initiatives Asad Umar Tuesday said that after statement of the British arbitrator, it has become clear now that Nawaz Sharif had lied to the Parliament, the Supreme Court and the nation with respect to his ownership of Avenfield apartments. “With the Broadsheet award details now public in which it is stated clearly by the arbitrator that Sharif family owned the Avenfield apartments as far back as 2000 at least, it is conclusively established that Nawaz Sharif lied to the Parliament, the Supreme Court and the nation,” he said in his tweet. He said the British Judge has clearly said in his verdict that total charges for the services to identify the hidden assets of Sharif family including Avenfield flat were US$20.5 million and that amount was payable to the Broadsheet.