Did Katrina and Vicky Kaushal celebrate the New Year together in Alibaug? 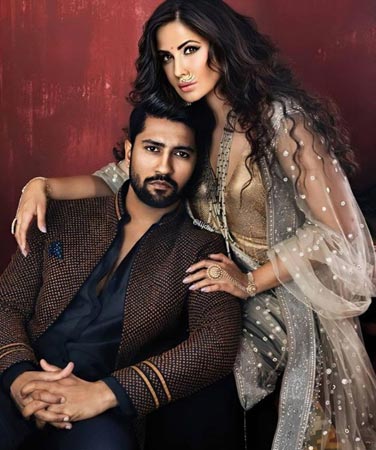 Bollywood stars Katrina Kaif and Vicky Kaushal are going the extra mile to keep their rumoured romance out of the public glare, but thanks to some eagle-eyed fans, we may have a confirmation that they are holidaying together in Alibaug. Late Friday evening, Katrina and Vicky shared a couple of photos with their siblings as they sent out their New Year’s greetings. It was only when some fan clubs noticed similarities in the photos shared by Isabelle and Vicky that they guessed the rumoured lovebirds welcomed the New Year 2021 together. Although Kat and Vicky didn’t share any photos together, these new findings seem to have spread enough good cheer. Katrina and Vicky have been courting romance rumours for over two years. The couple was first caught letting their guard down at Ambanis’ Holi party last year. Most recently, Vicky surprised everyone when he arrived at Katrina’s home for her Christmas party with fellow B-town friends. On the work front, the actress recently started shooting for the horror-comedy ‘Phone Bhoot’, co-starring Siddhant Chaturvedi and Ishaan Khatter.