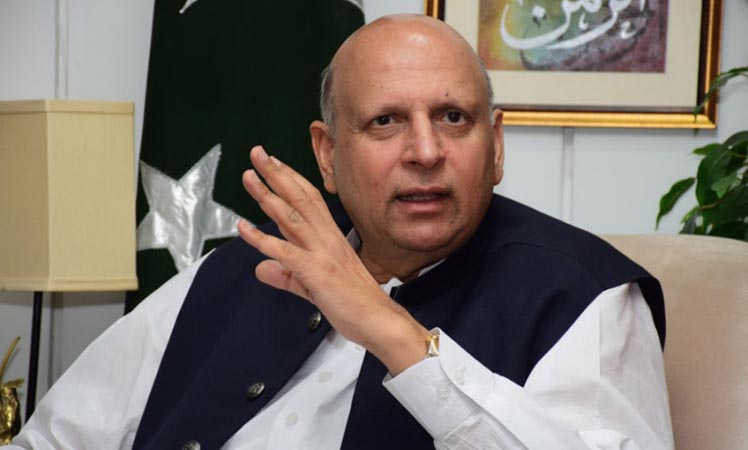 Punjab Governor Chaudhry Mohammad Sarwar dismissed the appeal of Deputy Director Planning Asim Arsalan against the sentence of sexual harassment, while the District Education Authority’s (Lahore) appeal against the decision of the Lahore Provincial Ombudsman was also concluded.

According to details, Mehnaz Nazar, a female worker of Population Welfare Punjab, was sexually harassed. The woman ombudsman gave the verdict against Asim Arsalan, Deputy Director Planning/Director General Population Welfare Punjab. Asim Arsalan appealed to Punjab Governor Chaudhry Muhammad Sarwar against the decision of the Punjab Provincial Ombudsman, but the Punjab governor dismissed the appeal after hearing the arguments of both the parties. And upholding Asim Arsalan’s three-year suspension of increments, he said that crimes of sexual harassment with women could not be tolerated under any circumstances. On the other hand, the appeal of the Chief Executive Officer District Education Authority, Lahore against the decision of Provincial Ombudsman was also concluded as per the concerned authority decision to appoint Syed Atir Hasnain to Government High School Jayabga on Grade 11. Later, Punjab Governor Chaudhry Mohammad Sarwar in his message on the occasion of the arrival of the new year said that I am sure that this year will be the year of development, unity and peace of the country. This year too, we are facing problems like Corona for which the people also have to take all precautionary measures including full implementation of SOPs. At the beginning of the new year, we pledge once again that we will continue to fully support the Kashmiri brothers and sisters on all fronts, including diplomacy, and the Kashmiri people will surely see the sun of freedom. He also appealed to the opposition parties to take the path of dialogue instead of chaos and disorder in the new year so as to send a message to the enemies of Pakistan that we are all one to protect national interests.

Meanwhile, funeral prayer of Chaudhry Khalid Gujjar, MPA ticket holder from PTI was offered in Lahore. The funeral was attended by a large number of leaders and workers of PTI including Punjab Governor Chaudhry Mohammad Sarwar. According to details, Chaudhry Khalid Gujjar, MPA candidate from PTI Shahdara had passed away yesterday and his funeral prayer was offered at Shahdara in which Governor Punjab Chaudhry Mohammad Sarwar, Central Member of Tehreek-e-Insaf Mian Waheed Ahmed was present. Shah Rukh Jamal Butt, Chairman, Lahore Parking Company and a large number of PTI leaders, workers and people participated. Governor Punjab said that Khalid Gujjar’s services to the party and the people will always be remembered.