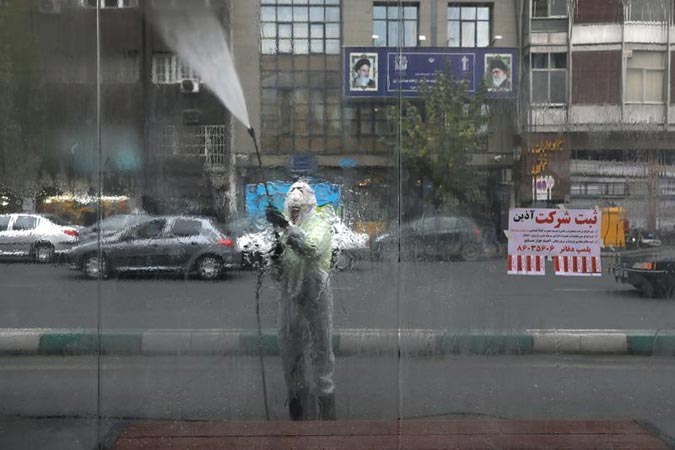 Iran is extending a night-time traffic curfew to 330 lower-risk cities and towns in an effort to sustain a recent decline in the number of new coronavirus infections and deaths, state television reported on Saturday.

Alireza Raisi, spokesman for the national coronavirus task force, said on state TV that a curfew running from 9 p.m. to 4 a.m. — already in place in 108 “orange,” or medium-risk, cities — will be extended to lower-risk “yellow” areas on Sunday.

The curfew, under which the use of private cars is banned to reduce the level of contacts between people, resulted in nearly 100,000 fines on one night in the past week.

The Health Ministry said 134 people had died of COVID-19 in the past 24 hours, the lowest since Sept. 13, taking total deaths to 54,574 in the Middle East’s worst-affected country.

Iran said on Thursday it had received approval from US authorities to buy coronavirus vaccines from the World Health Organization-led COVAX alliance. It did not say which vaccines it was buying.

The head of Iran’s Red Crescent Society told state TV that, separate from the government, it was planning to import an unnamed Chinese vaccine. Asked about possible concerns over the drug’s safety, the Red Crescent chief, Karim Hemmati, said: “All imported vaccines and medicines undergo controls by (Iran’s) Food and Drug Administration. … So there is no problem there.”

In televised remarks on Saturday, President Hassan Rouhani reiterated Iran’s complaint that US sanctions have made it difficult to make payments for vaccines. “We arranged money from a bank to buy vaccines from COVAX but they said you need (US) approval,” he said.

Food and medicines are exempt from sanctions that Washington reimposed on Tehran, but the US measures have deterred some foreign banks from processing financial transactions for Iran deals.