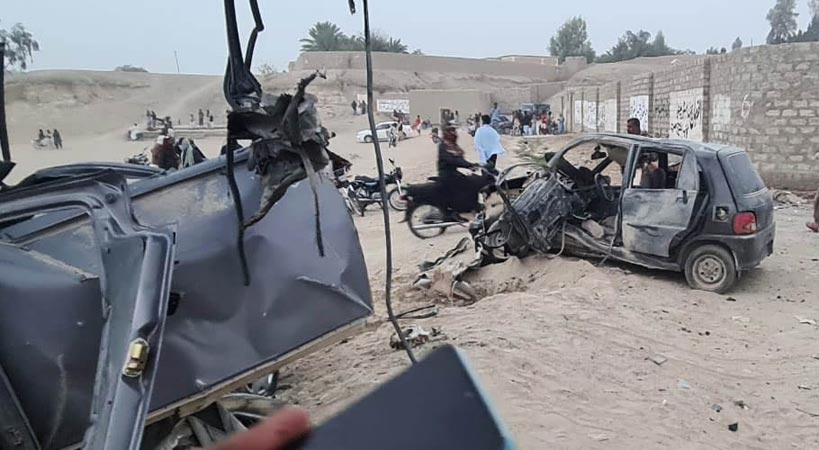 At least two people were killed and seven others got injured after a blast near a football club in Panjgur district of Balochistan. According to police, the blast occurred near a local football club in the district, causing damages to the lives and properties in the surrounding area. Two people died in the incident and seven others sustained injuries, they said, adding that they were shifted to a district headquarters hospital. The authorities were yet to ascertain the nature of the blast as they cordoned-off the surrounding area to collect evidence. It is pertinent to mention here that terrorists have attempted to disrupt peace in the province and during one such attempt in August this year, at least six people were killed and 21 others sustained wounds when a blast ripped through the Chaman’s Mall Road area. According to police, the bomb was planted in a motorbike and detonated by remote control. Police Inspector Muhammad Mohsin said that the explosion targetted a vehicle of the Anti-Narcotics Force (ANF). A medical officer at that time said that out of the 21 injured, 12 of them are in critical condition. “We have shifted the seriously wounded to Quetta due to closure of operation theatre in Chaman amid coronavirus pandemic,” he said. The emergency department, which was operating during the pandemic, only provided the first-aid facility which led to most of the patients dying while being shifted to Quetta for better health facilities.