"If we have the right to live, so does the Taliban but to live in peace" 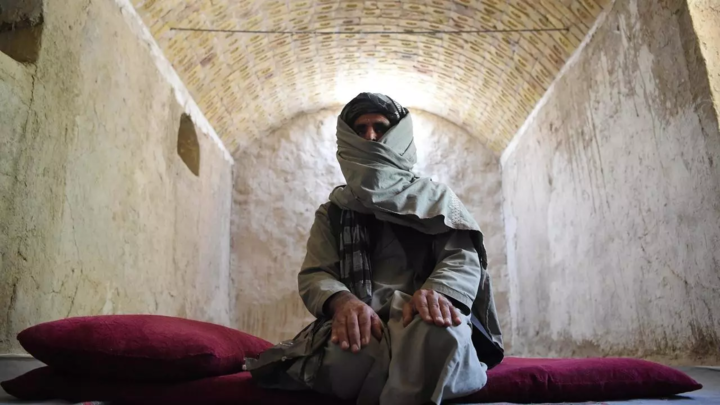 After more than a decade fighting for the Taliban and being hounded by Afghan and US forces, Haji Lala thought there was little chance of ever returning home.

Once a commander and senior district official for the insurgent group, he says he was captured by Pakistan’s security services who took him across the border and detained him for two and a half years.

Haji Lala said he was interrogated by the agents — long-term backers of the Taliban — for information about a spy working against the group.

When he was released, the 58-year-old vowed to put his militant years behind him and look for a way to go back home.

It was with the unlikely support of a police chief and the encouragement of a fellow former Taliban militant that he was given the opportunity to return home to the southern province of Kandahar.

“I thought maybe… they would hand me over to the US troops,” said Lala, describing his initial trepidation at trusting a police officer.

Sultan Mohammad Hakimi, a former police chief in the Panjwai district, has made his personal mission to give former Taliban fighters, commanders and officials the opportunity to return to life in the village. AFP

Sultan Mohammad Hakimi, a former police chief in the Panjwai district, has made his personal mission to give former Taliban fighters, commanders and officials the opportunity to return to life in the village. AFP

Before being captured, US forces he had battled against had raided his house nearly 15 times.

“After I returned, friends and villagers visited me for nearly 10 days, as if there was a wedding party,” he told AFP.

“I have a good reputation now in the village and the police are also not troubling me. I feel absolutely safe.”

Haji Lala’s return early this year was made possible because of the protection of the former police chief of Panjwai district, Sultan Mohammad Hakimi.

Despite the bloodshed he has witnessed throughout his career, Hakimi has made it a personal mission to give ex-Taliban fighters, commanders and officials the chance to reintegrate into village life.

“We invited the former fighters to return, assuring them that nobody would harass them,” said Hakimi.

“Those whose farms were destroyed, we rebuilt them; those who had no water, we dug wells for them.”

Even in retirement, Hakimi has continued an effort first launched by former Kandahar police chief General Abdul Raziq, a fierce opponent of the insurgents who was assassinated in 2018.

Raziq’s brother Tadin Khan Achakzai has since joined the effort after taking over as police chief of the province.

“We will continue to help them in the future, they are our brothers too,” said Achakzai.

“If we have the right to live, so does the Taliban — but to live in peace… not to carry out suicide attacks and kill people.”

For Hakimi, it is a way of contributing to a reconciliation process and also of “weakening the leadership” of the Taliban.

During his time as Panjwai police chief, Hakimi launched insurgent-clearing operations in almost every village in the district, making it one of the most secure areas in Kandahar.

But with violence surging in Afghanistan, the progress is fragile — with the Taliban last month retaking part of Panjwai in a major offensive.

The Taliban ruled Afghanistan from 1996 to 2001 with an iron fist, imposing a harsh version of the Islamic sharia law.

Ousted by a US-led invasion after the September 11 attacks, the jihadists were able to regroup, launching a deadly insurgency that continues to this day.

Hundreds of Taliban fighters have been exiled from the group, but still have tens of thousands of members. AFP

Hundreds of Taliban fighters have been exiled from the group, but still have tens of thousands of members. AFP

In February, the Taliban signed a deal with Washington that paved the way for the withdrawal of all foreign forces by May 2021 and the start of peace negotiations between the insurgents and the Afghan government in Qatar.

Hundreds of Taliban fighters have defected from the group, but it still has tens of thousands of members and claims to have influence over more than half of Afghanistan.

“They were never able to convince the higher-up commanders to bring a lot of their fighters along with them,” Watkins told AFP.

Taliban commander Mullah Rauf, 48, had fought for more than half of his life before he returned from Pakistan to resettle in Panjwai and return to farming.

He chose the same path as Haji Lala, contacting Hakimi rather than surrendering to authorities, in order to save himself “from any problems” such as a possible jail term.

Haji Ahmadullah Khan, 53, now lives in an upscale area of Kandahar after emerging from a militant lifestyle.

“I go everywhere, to my village or in the city without any problem. I have no weapons or bodyguards now,” said the former insurgent as he watched his son chatting and laughing with a son of Hakimi at the ex-police officer’s house.