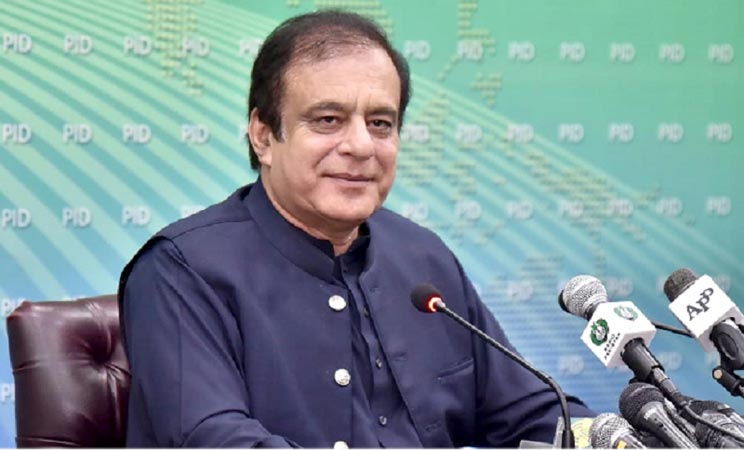 Information Minister Shibli Faraz on Tuesday criticised the opposition parties for holding rallies despite the second wave of coronavirus and said that the PDM politics has reached a ‘dead end’.

“The internal differences between the political parties that are a part of the PDM are coming to the fore. The opposition movement has been badly exposed due to contradiction in its words and deeds,” he said at a press conference. Stressing that the reputation of the leader of any movement is very crucial, he said that the PDM chief Maulana Fazlur Rehman’s reputation has been adversely affected. “Maulana Fazlur Rehman, who wears the cloak of religion, does not follow the law. Maulana Sherani has admitted that Maulana Fazlur Rehman is self-selected,” he added.

The federal minister lamented the increased burden on hospitals due to the second wave of coronavirus. He said the positivity rate has spiked especially in areas where the PDM rallies took place.

The minister stressed that the PTI-government is focusing on the issue of revolving loans for affordable power supply. The Ministry of Interior has been permitted to amend the Exit Control List (ECL) law, he said, adding that the ECL amendment will be tabled in the cabinet for final approval. There will be a committee comprising Home Minister and Law Minister to amend the ECL law, he said.

Highlighting the surplus in the current account, and increase in remittances and exports, he said that the country is on the path of development under the leadership of Prime Minister Imran Khan. “PM Imran Khan has made a prominent place in politics with hard work and dedication,” he asserted, warning that those who put personal interests first “will only be disgraced”.

Meanwhile, the federal cabinet announced the electric vehicle (EV) policy for four-wheelers, outlining several new rules related to import and export of vehicles, taxation, registration, and customs duty, among others. Federal Minister for Industries and Production Hammad Azhar took to Twitter and shared the salient features of the new policy with the public.

As per the new policy, the following rules will apply to all electric-run four-wheelers in Pakistan:

* Removal of additional customs duty and Additional Sales Tax (AST) on the import of EV cars;

* Only 1% tax on the import of EV parts for manufacturers

* Duty on import of charging equipment capped at 1%

* Federal Excise Duty (FED) already does not apply to EVs

* Duty-free import of plant and machinery for manufacturing of EVs

A few days ago, Special Assistant to Prime Minister on Climate Change Malik Amin Aslam had said that the PTI-led government would be introducing a public-friendly transport system under a new electric vehicle policy.