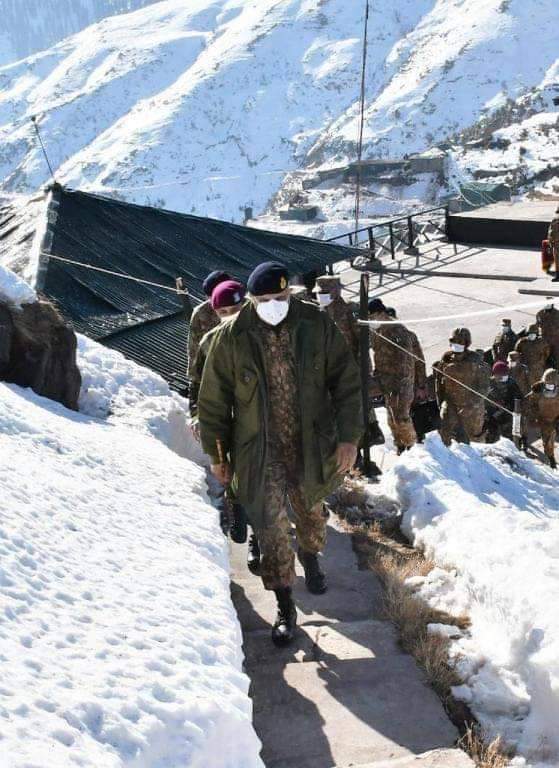 Indian provocations are a threat to regional peace and stability, Army Chief Indian Army will respond to any aggression, General Qamar Javed Bajwa.

Chief of Army Staff General Qamar Javed Bajwa says that the Indian Army will always get a stern response to any aggression and miss adventure.
According to Pakistan Army Public Relations (ISPR), Army Chief General Qamar Javed Bajwa visited the front lines of the Line of Control. The Army Chief was briefed on the latest situation in the LOC, India’s deliberate targeting of civilians in violation of the ceasefire, while the United Nations (UN) vehicle violated international law and values. Was also informed about the target.

He said India’s provocations, especially the recent targeting of UN military observer vehicles, was a threat to regional peace and stability.

He said that the Indian Army would always respond to any aggression and misadventure, while the Pakistan Army would take steps to protect the population at the LOC and protect the country’s dignity and territorial integrity at all costs. Will be defended.