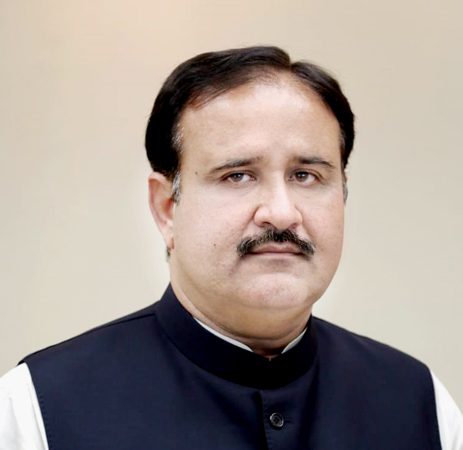 He said this after chairing a signing ceremony where the Punjab government signed an agreement with a consortium of six banks for financing of Rs100 billion for the power projects being carried out by Punjab Thermal Power (Pvt) Ltd.

The chief minister termed the agreement the largest sovereign guarantee in the history of the country and congratulated provincial ministers Hashim Jawan Bakht, Dr Akhtar Malik and others.

GSA and PPA agreements have been signed despite slackness in business activities due to corona onslaught, he maintained. The Punjab Thermal Power Plant was speedily completed and electricity would be generated by the end of 2021, he said.

Due to payment in Pak rupees, the precious reserves would be saved along with a decrease in the production cost of the electricity, he maintained. This would help in bringing a substantial decrease in circular debt along with creating job opportunities for thousands of people. The Punjab government is giving attention to electricity generation through alternate sources keeping in view the less cost of electricity produced through solar, wind or hydropower plants, the CM held.

The chief minister maintained electricity was produced at the rate of Rs9.29 to Rs27.12 per unit in power plants installed in previous tenures. However, the per-unit cost of electricity generated through Punjab Thermal Power Plant would be Rs8.95 per unit, he added.

More than two 27 million unit electricity have been generated by the hydropower projects installed in Pakpattan and Marala by the incumbent government, he said. Meanwhile, 7,000 government offices have been converted to solar energy, including 6991 primary schools and a DHQ hospital. By the mid of next year, the government will complete Chianwali and Deg-outfall Hydropower Projects, he announced.

He further announced to early complete the conversion of 10861 schools and 2324 BHUs to solar energy. In addition to the installation of one thousand megawatt capacity power plant in Rojhan, solar and biogas hydropower plants will also be installed in Vehari and Samundri, the CM added.

The government is also vigorously pursuing the generation of 150-megawatt energy through waste-to-energy projects. Instead of expensive electricity generation, the chief minister maintained the incumbent government is giving attention to alternate energy sources and hydel power plants.

It has been planned to complete the most of energy projects through the private sector to provide cheap electricity to the people facing the issue of price-hike, he added and held Punjab will not only be energy self-sufficient but would also provide electricity to other provinces. Earlier, the chief minister chaired the ceremony of signing Rs100 billion financing agreement between the Punjab Thermal Power (Pvt) Ltd of 1263 megawatt capacity and a consortium of six banks to generate ten billion units every year.