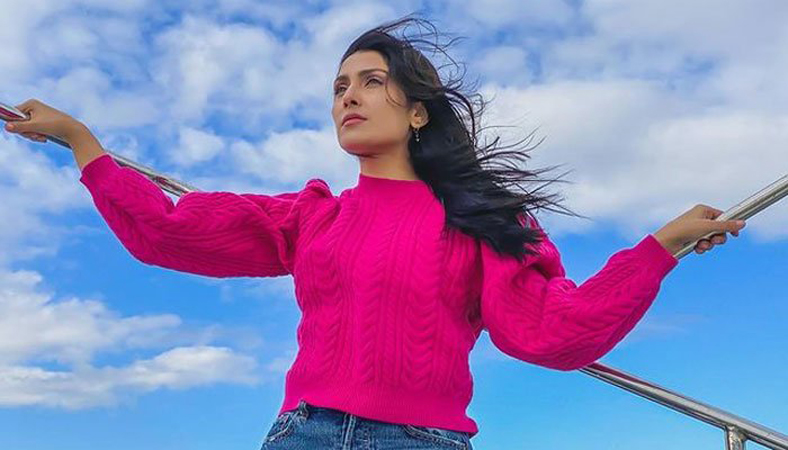 Leading Pakistani star Ayeza Khan has revealed that her daughter Hoorain Taimoor is a little fan of US singer, actress and record producer Beyoncé.

Sharing a sweet snap of Hoorain with the wax statue of the American singer from her recent family vacation abroad, the Mehar Posh actress wrote, “Beyonce little fan. @beyonce.”

In the sweet photo, Hoorain can be seen posing in a style and flashing her eyes at the camera.

The endearing post has won the hearts of the fans on social media.

On the work front, Ayeza is currently seen in drama series Mehar Posh along with Danish Taimoor.