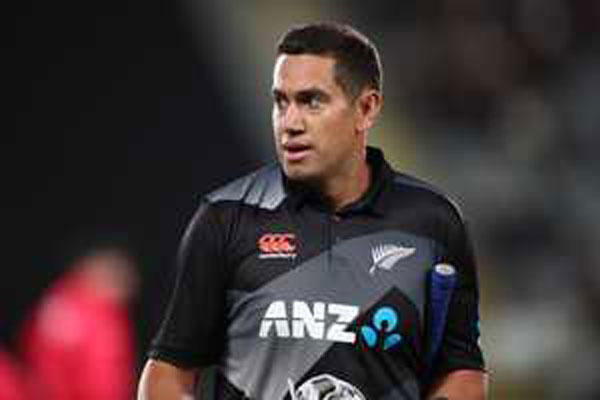 WELLINGTON: Veteran New Zealand batsman Ross Taylor has been dropped for the Twenty20 series against Pakistan, while Kane Williamson and Trent Boult have been recalled after they were rested for last month’s series against West Indies. Taylor’s omission was because of the form of Devon Conway and Glenn Phillips, selector Gavin Larsen told reporters at the Basin Reserve on Saturday. “Ross has done a great job for us over the years,” Larsen said. “He has been very consistent in that number five role but what Glenn Phillips and Devon Conway have done against West Indies was compelling. “It’s the brand of Twenty20 cricket that we want to move forward with.”

Larsen added, however, that it was not the end of the road for Taylor in the shortest form of the game and that he expected the 36-year-old would “fight” to get his place back in the squad. Larsen added that the Pakistan series, which starts at Eden Park on Dec. 18, was important in terms of helping finalise their thinking for next year’s Twenty20 World Cup in India.

“We have still got the Australia series (from late February) and I would like to think when that does roll around we are getting pretty close to where we are just fine tuning,” he added. “We still have a little bit of information to gather over the Pakistan series.” Williamson’s inclusion for the second and third match only, however, was conditional on the birth of his first child, which had seen him withdraw from the ongoing second test against West Indies in Wellington.

Mitchell Santner would captain the side for the first match, with Williamson potentially returning for the other two games on Dec. 20 in Hamilton and Dec. 22 in Napier. None of the players currently involved in the second test in Wellington would be available for the first Twenty20 game.