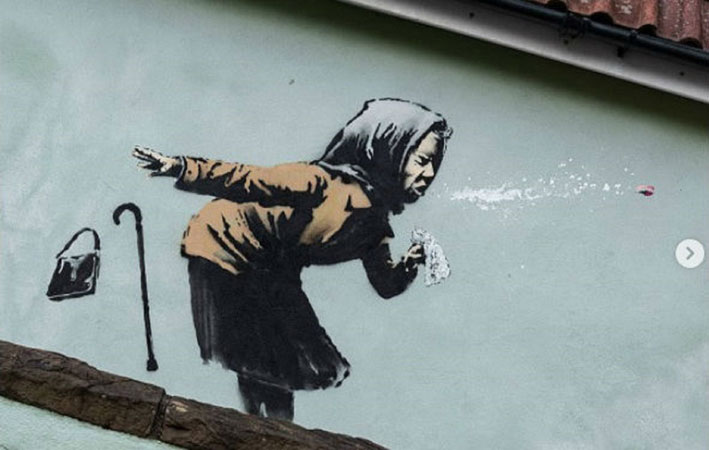 Street artist Banksy took to Instagram to confirm that he has created a new artwork depicting an old woman violently sneezing with her dentures flying into the air. Banksy shared the picture on the social media platform and captioned it, “Aachoo!!”. The artist took credit for the mural on his official website too. The artwork appeared on the wall of a house in Totterdown, a suburb of the British city of Bristol, according to CNN. In another picture that Banksy shared, it has been made to appear as if the woman’s sneeze has blown over a trash can and has turned a man’s umbrella inside out. Some of Banksy’s earlier murals also appeared in Bristol, making many people conjecture that the artist probably hails from the southwestern city. Before the sneezing woman, Banksy had painted artwork in Nottingham, in England, in October 2020. The mural featured a young girl hula-hooping with the wheel of a bicycle, next to an actual bicycle that had a wheel missing.