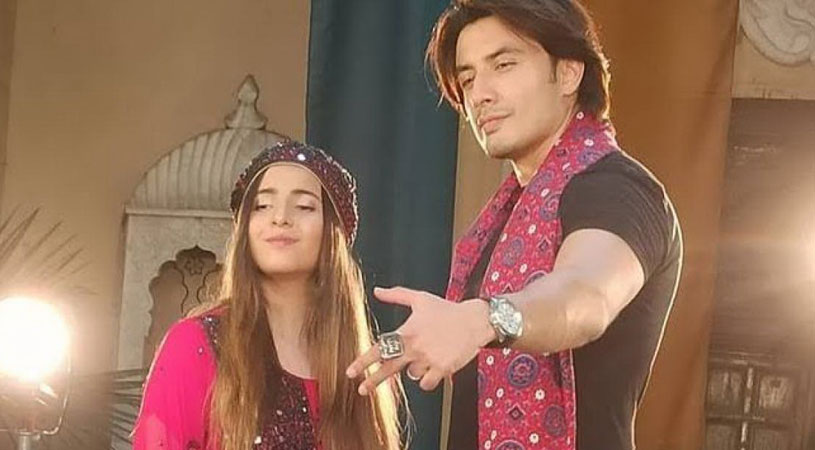 Urooj Fatima has been making waves in the musical world with her back to back hits with industry veteran Ali Zafar and while she is only 13-years-old, her story is one for the books!

In a recent appearance on ARY Digital’s Good Morning Pakistan with Nida Yasir, Fatima shared her journey from being a child in Balochistan to singing a Sindhi folk song with Zafar. The UNICEF Adolescent Champion who has been singing since she was eight, recalled, “There was this campaign of UNICEF in which they had to select 15 kids out of 300 and I was one of them.”

“They sent some of us to Karachi, some to Lahore, and so on for interviews and stuff. We were interviewed in some shows, and that’s how I met Ali Zafar through UNICEF,” she said. “There were about five of us and there were interviewers around as well. I sang Laila O Laila in front of them with a guitar and requested Ali Zafar that I want to sing a song with him,” Fatime further shared.

That’s how her journey to becoming a young sensation started. ‘He said, Yes, sure! and the next day I went to his house. Within four hours we had recorded the video for the song!’

That’s how her journey to becoming a young sensation started. “He said, ‘Yes, sure!’ and the next day I went to his house. Within four hours we had recorded the video for the song!”

Fatima also shared that she was hesitant at first. “I was scared about how I would sing next to such a big star but once I reached there, he was setting the mic up himself and told me to sing with confidence. So that was a great experience,” she expressed.

According to the young singer, her family has always been supportive of her craft, encouraging her to pursue her dreams. “They have always supported me, especially my parents and my brother who is the one who takes me everywhere I have to be!” She also shared that prior to her big break, she would sing in small shows in her hometown, Quetta.